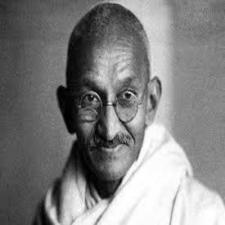 For all his piety, love and reliance on non-violence and ahimsa, it’s one of history’s indisputable facts that Mahatma Gandhi relied heavily on Indian capitalists’ funds to keep the Congress going in pre-Independence days.

Today, when we hear Rahul Gandhi shriek “Suit-Boot ki sarkar” as a barb to Narendra Modi and his NDA government, it seems so improper given the financial diet which kept Congress on its feet in pre-1947 era.

B.R. Nanda, a contemporary and a pre-eminent biographer of Mahatma Gandhi admits in his book: “In Search of Gandhi..,” that two thoughts dominated his early years in India in 1920s: “One, that capitalists kept Congress and Gandhi flush with funds…and as quid pro quo, Gandhi astutely checked the revolutionary aspect of his struggle against the Raj to suit the vested interests of the capitalists.”

The experience of “Deshbandhu” Chittaranjan Das was a bitter testimony to such a belief. Subhas Chandra Bose was a disciple of Das. In the latter’s biography “Brothers against the Raj,” hugely acclaimed author Leonard A. Gordon writes thus (condensed for brevity):

In 1920, Gandhi promised “Swaraj in one year” as he gave call for civil disobedience. The call was a massive success. When on November 17, the Prince of Wales arrived in Bombay, Calcutta was completely shut-down by protestors. Around India, some 25,000 Congress workers were arrested. Congress was declared unlawful. Thousands more now poured into British jails, including Das and Subhas Bose. But when British offered a proposal of roundtable meeting, Gandhi rejected. Das was angry with Gandhi. In Das’ own words:

“I myself led people to prison. I started the movement in Bengal. I sent my son first to jail. My son was followed by m wife, and then I went to prison…I knew that the spirit of resistance that manifested itself was mighty and the proudest Government did bend to it. You (Gandhi) bungled it, and mismanaged it. Now you turn round and ask people to spin and do the work of Charka alone.”

In 1922, the Chauri Chaura incident happened. The Congress working committee met and suspended the planned civil disobedience. Peasants were instructed not to withhold rent payments from landlords, who were informed that the Congress `in no way intended to attack their legal rights.’

Writes Gordon: “The Congress…when ending many non-coperation activities and calling off the planned civil disobedience action, opposed rent strikes by peasants against their landlords. The Congress wanted and needed the support of the wealthier strata in society and was not willing to challenge economic vested interest.” (Italics mine).

“He (Subhas Bose) was possibly the author of a leader for Bangla Katha journal of 7 February 1923 which read: `The swaraj which the Congress had so long knowingly or unknowingly wished to have, is the swaraj of the rich and middle class. We do not always properly realize the fact that the masses of the country are still lying outside the Congress arena.”

Among the historians and observers, there is a stream of thought which believes that civil disobedience and non-cooperation movements, burning of foreign clothes etc, directly benefited India’s own Capitalists. Another though premises that due to the 1917 Bolshevik Revolution in Russia, which announced the arrival of Communism on world stage, Indian capitalists were fearful of a similar outbreak of resistance among its own workers. It was in their interests that such revolutionary methods were kept in check and Congress, being the leading party, alone could do it.

The above details is not to suggest a conspiracy between Congress and Capitalists. But personal interests perhaps guided both. Congress was close to bankruptcy when Gandhi arrived on the Indian scene. All it could do was to hold its’ annual sessions. It badly needed money and Gandhi proved to be a brilliant fund-raiser. It’s not to doubt Gandhi’s integrity or his commitment to his idea of India. Nor is to say that a few Indian capitalists were not genuinely inspired by Gandhi’s religious and political ethos. Both needed each other in those turbulent years.

But when Rahul Gandhi today accuses of Modi government siding with the Capitalists, it appears such a sham. He needs to go to libraries and read books to know more about his own Congress and its affiliation with capitalists.