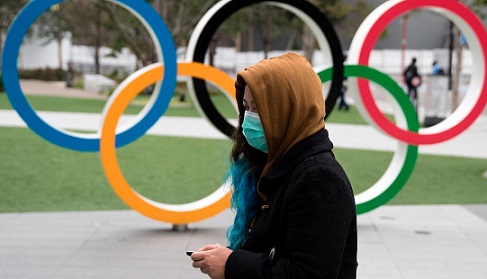 It appears to be a wait in vain for the Japan Olympic Committee and the Tokyo city officials for the Olympic Games. The global pandemic due to the Covid19 virus looks all but certain to wipe off any chances of the Japanese capital city hosting the postponed 2020 games in July-August 2021.

International Olympic Committee president Thomas Bach’s solidarity visit to Tokyo seems to have only brought the doomsday scenario so much nearer!

Bach had first insisted that a Covid19 vaccine shot would be mandatory for participation in the Tokyo Olympics. But there followed the quick retraction saying “mandatory” was going a bit too far but instead appealed to athletes to get vaccinated as a “sign of respect” to fellow competitors as well as the hosts.

Easier said than done, since despite the loud pronouncements by various countries and their pharmaceutical companies, there is hardly a vaccine in sight. And even if there was one brought into the market, World Health Organisation director general Tedros Adhanom has gone on record saying a vaccine may not be enough to end the global pandemic. That should be enough warning to make users extra cautious before getting pricked.

A best-case scenario emerging from the more reliable world of science is that no vaccine can possibly be launched before the second quarter of 2022, given the rigorous testing the chemical needs to be put through before being put out into the market.

That, in all likelihood, should be the death-knell for 2020 Tokyo Olympics, since it was made amply clear by both the local organising committee and the IOC that there would be no further deferments possible if the games missed the rescheduled July 23, 2021, start date.

The reason is not difficult to see. The 2024 Games in Paris will be round the corner and holding two quadrennial events close together may adversely affect the entire Olympic movement.

Add to that the headache of a clash with the FIFA World Cup in Qatar, though penciled in for a November 21 kick-off, will eat heavily into the marketing budgets of the sponsors. FIFA has already delayed it Club World Cup in Qatar to February 1 – 11, 2021, instead of the original December schedule. The event is a traditional curtain-raiser for the FIFA World Cup and has been used the football world to test the facilities and readiness of the hosts.

Already the sports world is reeling without spectators in the stands, burning a huge hole in the collective pockets. Cricket Australia may be the first in the world to allow 25 percent of capacity for the Test series against India but the recent wave of fresh cases in some areas has put a huge question mark on the initiative.

All said and done, with no vaccine in sight just yet, the likelihood of Tokyo holding its second Olympic Games appears to be a non-starter.

Circa 1964 was the last time Olympic Games were held in Tokyo and India won its last legitimate men’s hockey gold medal under the leadership of Charanjit Singh. The 1980 Moscow games were marred by a boycott by USA and its allies leaving the field in all sports largely depleted!