Sinha and Sidhu are birds of same feather 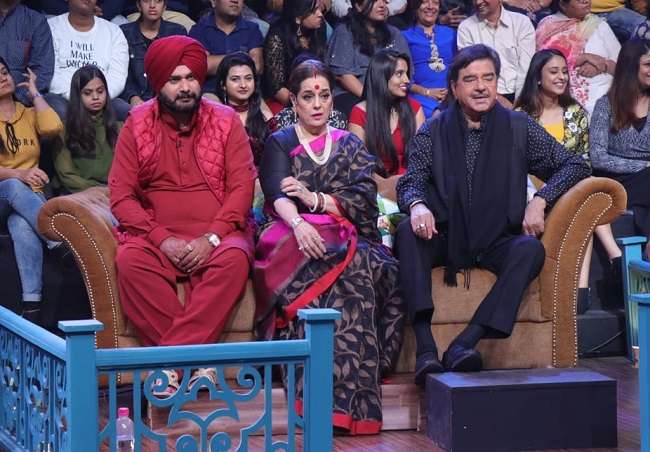 Turncoat Shatrughan Sinha has stirred up a hornet’s nest by claiming that Muhammad Ali Jinnah, the sole reason for India’s horrific Partition and creation of Pakistan, was a part of Congress family.

Speaking at a rally, “Shotgun” Sinha with a chronic foot-in-mouth issue, claimed that Congress was a party of Mahatma Gandhi, Jawaharlal Nehru, Muhammad Ali Jinnah and Subhas Chandra Bose among others, causing an instant furore.

After a serious backlash, Sinha hastily clarified that it was a slip of tongue as he intended to take Maulana Azad’s name but inadvertently took the one of Jinnah.

Nobody is buying his claim as the venue of his rally, Chhindwara in Madhya Pradesh, also has a decent Muslim population and his critics claim that his invoking Jinnah’s name couldn’t have been a mere slip of tongue.

Sinha was campaigning for Kamal Nath’s son Nakul Nath who is a candidate from the Chhindwara constituency.

This ‘slip of tongue’ can be a verbal balloon, launched at the behest of someone higher up in the hierarchy of Congress, to test waters of a political strategy. As the nation is witnessing, the same is the role assigned to Navjot Singh Sidhu, another drop-out of BJP, to shout slogans creating controversies and seeking votes on communal and religious lines. Both are motor-mouths.

Every time Sinha stands up to deliver a political speech, the audience, consciously or sub-consciously, is prepared to hear a bluster. As a matter of fact, this art of bloviating, blabbering and dramatizing his sentences, drew him to politics. He plunged into his first electoral battle for BJP in the late 80s against his dear friend and actor Rajesh Khanna, who fought on Congress ticket in a bypoll election. Sinha not only lost the contest but also his friend Rajesh Khanna who never spoke to him till he died in 2012.

Sinha has always been politically inclined. In the mid-70s, during the Emergency, he played an active role in launching “National Party”, initiated by actor Dev Anand. But BJP gave him his first breakthrough and in a long political career, besides being MP, he also was afforded twice the seat of a minister, His ties with BJP soured after the advent of Narendra Modi on the national stage. Sidelined along with the old lobby of the party, Sinha increasingly turned rebellious before leaving BJP and joining Congress just before the unfolding of 2019 General Elections.

It’s just not him but his wife Poonam too who is cutting her political teeth with Samajwadi Party as a candidate from Lucknow. Interestingly, Sinha is campaigning against his own party, Congress, while promoting the cause of his wife in Uttar Pradesh!

His present gaffe, if it indeed was one, make cynics says he suffers from the malady of fork-tongue rather than slip-of-tongue. This from an actor who is known for the finesse in his dialogue delivery. In a TV interview in the past, he boasted of speaking long dialogues without any cuts in Hindi movies like Dostana and Milap.

No wonder, Congress has the gumption to seek Muslim vote invoking the name of Jinnah, and that too through the BJP emigrants. These loud-mouthed emigrants would lose their political relevance for Congress as soon as the elections are over.