Sporting honours are becoming a joke; Ministry is like ostrich with head in sand 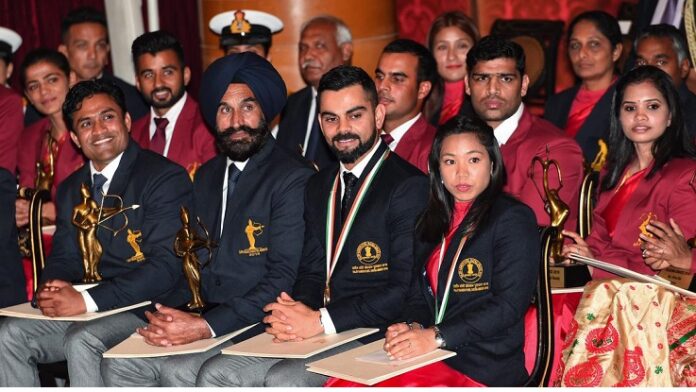 It’s that season all over again where sporting achievements are put to the ultimate test and national sports awards handed out as recognition.

Much like previous years, every list announced for the annual awards jamboree attracts its fair share of flak. Even though most are a mere shoo-in, it’s the few that become talking points which detract from the national recognition each awardee deserves.

And how could 2020, already having seen more than a fair share of turmoil and trouble thanks to the global Covid19 pandemic, be any different.

Five names for the prestigious Rajiv Gandhi Khel Ratna appear a bit much, more so since the Asian Games and Commonwealth Games were last held two years ago and the Tokyo Olympics had to be delayed till next year.

Of the five winners, only cricketer Rohit Sharma is a deserving candidate courtesy his string of three-figure knocks during the 2019 ICC World Cup in England. Rani Rampal has been picked for leading the women’s hockey side to an Olympic berth at long last, apart from the Asian Games silver in 2018.

The remainder three are all being honoured for achievements in 2018 or even earlier.

Nothing wrong with that on the face of it since it falls within the four-year window set by the Ministry of Youth Affairs and Sports. But despite all the combined wisdom of the MYAS mandarins, it has become a trap that is difficult to circumvent.

MYAS has set out a pretty linear points criteria for evaluation for each of the awards … Arjuna, Dronacharya, Dhyan Chand and Khel Ratna! What defies logic and understanding is that each awardee must apply either individually or through the national sports federation concerned to be even considered for any award.

Individual applications were permitted following complaints of NSFs dishing out awards recommendations as favours rather than working on pure merit.

But how can a Rajiv Gandhi Khel Ratna awardee apply for an Arjuna award for the same international achievement and get the nod too? This makes a mockery of the entire awards selection process. MYAS needs to take a fresh look rather than an ostrich-like approach which may avoid controversy but makes it a butt of jokes.

Since the international calendar is pretty much set, barring calamitous circumstances like the virus outbreak, Asian Games and Commonwealth Games medals should get rewarded over the next year or two followed by Olympic Games performances. Even for sports like cricket and other non-Olympic disciplines, it has to be a strict two-year cycle.

It was indeed a breath of fresh air when four top class performances at the Rio Olympics were rewarded in 2016 itself when the triumph was still fresh.

Yet another Olympic medal, and that too a gold, from Rio surfaces four years later! Should not the MYAS be expected to be alert enough to such performances which anyway should be draw automatic applause and recognition?

But then where would Indian bureaucracy stand without red tape!