The Independent: A piece on farmers’ protest which is gutter journalism at its worst 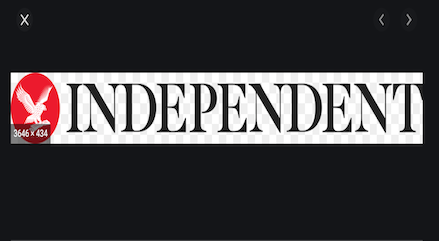 If I was the Tax authority in the United Kingdom, I would seek out this chartered accountant from Berkshire and demand the list of his clients. I mean if a man could be so inventive with his pen, such as his piece for “The Independent,” his fudging of figures in audit could give those Wall Street barons a run for their money.

So he writes about protesting farmers in India—chooses “anonymous” in byline—and doesn’t get one fact right. It would be fun if I walk you through his chamber of exhibits, a 101 primer on what journalism should never be.

He claims India’s new farms laws are nothing but to hand over the farmlands to big corporates. He probably hasn’t heard that farmers are at liberty to opt in or opt out of these laws. There’s no compulsion, it’s not mandatory.

He professes that laws were passed through the Indian Parliament without consultation or debate. But then those who could debate were climbing up on chairs and desks and were busy breaking the microphone of speaker, staging a walkout. That these farm laws were in works since 2017 and were arrived at with great deliberations among India’s best minds on agriculture.

He avers that this is the largest protests in history, he counts a million farmers in protest but he misses out over 120 million other farmers for whom these laws are godsend. This small number of 120 million aren’t blocking roads, beating up policemen or furnishing swords. He wouldn’t tell that these protestors, object of his empathy, are hoarse, crying WRONG without specifying what’s WRONG with these farm laws.

This anonymous pen-pusher finds the Republic Day events as a peaceful protest, made ugly only by “undercover officials”, giving police the pretext to attack the protestors. So not for him that violation of pact which specified time and route they would adhere to. Not for him that demeaning of tricolour. Not for him the confession that Deep Sidhu has made on Red Fort. But we must believe that it was “undercover officials” and “RSS thugs” who were plotting it. Why, even Arvind Kejriwal isn’t getting this wildly stupid.

Mr Anonymous finds 100s protestors missing. He claims the violence against them is horrific. He has videos of old men being battered with iron rods, women and children being trampled by tractors, and bodies left lifeless in the streets. Really? So the US State Department must be bonkers in praising that India has chosen the democratic tradition of dialogue to end the impasse; even Justin Trudeau, no great friend of India’s present dispensation, has praised the Modi government in engaging the farmers.

But this Mr Anonymous is on an overdrive. It’s Modi he is gunning for. So it’s India’s controversial policies which has led to tensions with neighbours China and Pakistan. Surely, he hasn’t heard of Galwan Valley or Pulwama. He mentions the Gujarat riots of 2012 when they were in 2002. He holds Modi as the reason why 1000 Muslim men, women and children were killed—mothers dragged into the streets, raped and murdered. He obviously won’t mention that after years of legal dissections, India’s present prime minister was found Not Guilty. He says this is a right-wing, fascist regime propped up by a clutch of billionaires—never mind it’s overwhelmingly chosen in office by India’s poorest of poor and that this government didn’t offer a paisa to a pharmaceutical tycoon who was burning up his own fortune to ensure the vaccine for over a billion Indians.

This miserable pen-hacker finds phone lines dead, emails unanswered, a communication blackout  for the protesting farmers. I wonder how those press briefings and social media accounts worked out the last details on one kind of Diwas or Bandh which has dotted these protests. He finds twitter obliging Modi’s Centre to shut down accounts—the same twitter which had no qualms in banning the most powerful individual on planet, the President of the United States.

I have gone to length to show the man’s mischief to bring home a larger point. When such lies see light, you wonder if the editor was smoking some really serious stuff. We know “The Independent” is no longer a printed daily, that its ownership has changed hands in favour of Saudis and Russians—my guess would’ve been a Khalistani though—and that its’ online readership has been reduced to a few thousands. But if the best bidder is all you need to find space in this digital rag, who knows we might have a piece next week where the same Narendra Modi is bigger Indian than Mahatma Gandhi, the same RSS thugs are a bunch of evangelists and the protesting farmers  nothing but a prop of Breaking India forces.