There is one rule of corruption for Imran and sister; another for Opposition 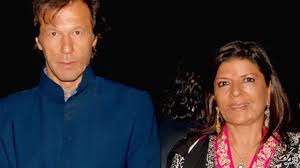 The Pakistan’s agency for anti–corruption, National Accountability Bureau (NAB) is now a phantom of witch hunt.

The idea behind the establishment of NAB was to have a clean system but it’s in tatters as top officials are both vindictive and corrupt. Still, this law helps powers-that-be to get even with their opponents. And why not since the biggest power in the system is Pakistan army and suitably it controls NAB.

The latest we hear is that NAB has secured a 14-day remand of Shehbaz Sharif, brother of former prime minister Nawaz Sharif, and president of the Pakistan Muslim League (PML-N). The charge is of money laundering and buying properties abroad. Not that Nawaz himself escaped censure. He was convicted by the same agency in Panama Papers case in 2017.

You would be right in guessing that former president Asif Ali Zardari, husband of assassinated former prime minister Benazir Bhutto himself had been indicted by the NAB for suspected corruption.

The opposition parties as well as the civil rights groups have been targeting the anti–graft body for its selective accountability.

“If justice had prevailed, retired general Asim Bajwa would have been arrested,” Maryam Nawaz, daughter of former prime minister Nawaz, told a news conference after her uncle’s arrest.

Bajwa, who oversees the $65 billion China-Pakistan Economic Corridor (CPEC) and is also an adviser to Prime Minister Imran Khan, was recently embroiled in controversy following a news report that alleged he had amassed assets worth millions of dollars beyond his means. NAB has not dared to touch him.

Not only the politicians and opposition members are hauled, the business community in Pakistan is facing the wrath and greed of NAB’s corrupt officials.

Adviser to Prime Minister on Commerce Razak Dawood on Wednesday denounced the ‘indiscriminate’ action of the National Accountability Bureau (NAB) against businessmen, saying it is marring the business environment. Razak had appealed to Prime Minister Imran Khan to resist NAB officials from pursuing cases related to Sales and Income Tax.

On July 20, 2020, the Supreme Court of Pakistan, in its 87-page decision, accused NAB of violating the rights to fair trial. Two opposition politicians, Khawaja Saad Rafique and Khawaja Salman Rafique were detained for 15 months without reasonable grounds.

In another well known instance, NAB  arrested Mir Shakil-ur-Rehman, editor-in-chief of the Jang group, the largest media group in Pakistan, in Lahore on March 12 on charges relating to a 34-year-old property transaction.

A respected educationist Mian Javed Ahmed died in Camp Jail, Lahore, while facing NAB charges. Dr. Mujahid Kamran, the former vice-chancellor of the Punjab University, who was arrested by the NAB on allegations of illegal appointments at the university, described NAB detention centers as “torture cells.”

It’s tentacles extend to judiciary—by intimidation. Recently, Justice Chaudhry Mushtaq Ahmad of the Lahore High Court acknowledged that it’s an “open secret” that NAB is a tool for “political victimization in our country.” In 2018, Justice Shaukat Siddiqui of the Islamabad High Court openly gave his account of being  pressurised by ISI officials. Justice Qazi Faez Isa of the Supreme Court also criticised ISI role in his verdict, which crippled the capital for 21 days.

NAB’s most of the key positions are occupied by retired army or intelligence officers, thus enabling the military to selectively chase politicians.

One of the earlier chairmen of the NAB, who was also a close affiliate of Musharraf, openly admitted that the general used to manipulate the cases being investigated, as per his (or the military’s) desires.

On the other hand, the NAB’s treatment of those associated with the ruling Pakistan Tehreek-e-Insaf party (PTI) defies all reasoning. Critical cases against the PTI, including allegations of the party receiving illegal foreign funding and maintaining secret bank accounts, have effectively been pushed under the carpet.  A case against Imran Khan for the alleged misuse of official helicopters has also been buried.

Moreover, Aleema Khan, sister of Imran Khan, has found herself in public eye after unaccounted money accepted by her came to notice. And it’s no less amount at 450 million Pakistani rupees. But nothing has happened. Same with some other prominent politicians of the ruling party.

It does have a debilitating effect on Imran’s rivals. Former information minister Firdous Aashiq Awan of PPP was facing action but all is well with her now that she has joined Imran’s party, PTI.