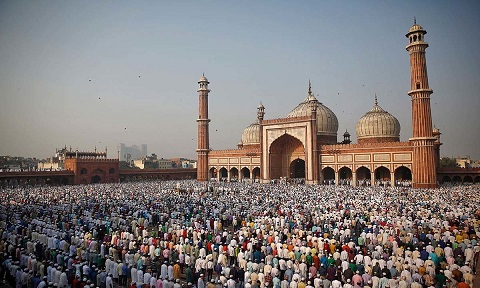 Indian Muslims, most of whom are political, have a difficult choice today.

They number most in Uttar Pradesh, Bihar and West Bengal and switch between SP and BSP; JD(U) and RJD; and CPI(M) and TMC. None of them stood by them on Triple Talaq Bill, not at least as a complete bloc.

They have been steadfast to Congress for all the independent years of India, ignoring few seats the party afforded to the community in Lok Sabha and promises which were never kept. This boat is close to capsizing now in the political churn whipped up by India’s dominant right-wing party, the Bharatiya Janata Party (BJP). Worse, in five desertions in Rajya Sabha, its Gandhis and Vadras have betrayed their poor hold on the flock.

Your newspapers are unlikely to tell you that between 1952 and 1977, when Congress and Congress alone mattered, the Muslim representation was never more than seven per cent in the Lok Sabha.

Political parties, specific to Muslim identity, such as AIMIM, the Indian Union Muslim League and All-India United Democratic Front—in all there are seven Muslim parties– have looked to fish in the troubled waters. They have caught little except that Asaduddin Owaisi makes an appearance in your drawing rooms, finger-wagging and presenting his report card in newly explored regions of Maharashtra, UP and Bihar. Truth to tell, AIMIM is confined to Hyderabad alone though West Bengal has lately figured in Owaisi’s radar. Imams and Bukharis are good only for religious and moral discourse; as a political influencer, they stay in the basement.

Ironically, your Muslim and my Muslim could be two entirely different human beings.

The community is geographically dispersed across the country and is not a monolithic group. They have never voted with a singular national Muslim aspiration. Language, caste and social hierarchy fragment them; the supposed composite glass never existed. Shards on the floor are visible to even naked eyes.

India’s Liberal-Leftist media, Lutyens Media per se, have worked overtime in conjuring up Hinduphobia with an exaggerated focus on stray lynchings and the narrative of “saffron terror”in forced rendition of “Jai Shri Ram” etc but on ground,  it has had had no traction whatsoever. In 80 of Lok Sabha’s 543 seats, Muslim number more than 20 per cent Yet, BJP won 58 of these 80 seats in 2019 Polls. One-fifth of UP is Muslim; yet BJP claimed 325 of 403 seats in 2017 assembly polls without fielding a single Muslim candidate!

The propagandists are elephants gone wild who are crushing the very narrative they are looking to fabricate. The signs of Muslim consolidation is nowhere but one of Hindus is visible everywhere. In constituencies where Muslims pack a punch, Hindus are coming as one in polling counters. BJP worked it out long before the first vote was cast in 2019 polls.

An average Indian Muslim today knows that beyond rhetoric, SP or BSP, JD(U) or RJD have no interest of their community at heart. Their agenda is to keep Indian Muslims poor, uneducated and thus malleable. It’s true of their last plank of hope too, i.e. Congress. They would do better to pay heed to the words of Arif Mohammad Khan who exhorts the community to uplift from within instead of blaming others for their mess. The community needs to trust India and its cultural heritage which is too big to be put on a leash even by a million Modis. It must stop looking for reservations or suffer from a persecution complex. It’s time to give up on false prophets. Educate and reform are two mantras it can’t do without.