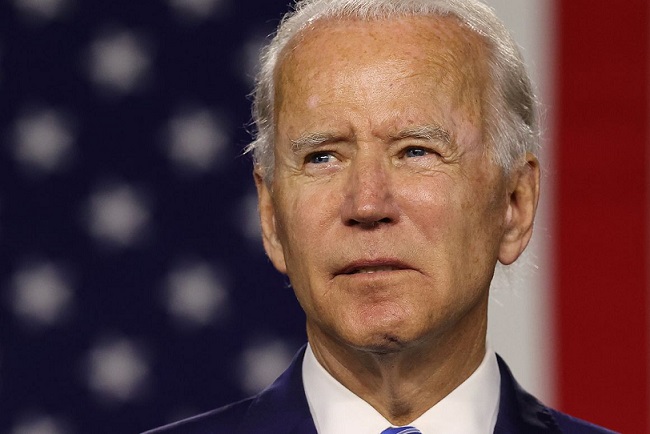 Joe Biden didn’t speak about China in his address after accepting to be Democrat’s choice for presidential elections. President Donald Trump made sure nobody missed the import of his rival’s hedging.

“China was never mentioned in any way, shape, or form. China will own our country if he gets elected…You’ve seen the intelligence reports. China very much wants Joe Biden to win,” thundered Trump in his response in double-quick time.

The US media, which hates Trump, would lose little time in terming his reaction as another instance of “fake news.” Didn’t Biden call Xi Jinping a “thug” for keeping a million Uyghurs in reconstruction (concentration) camps? Hasn’t he vowed to prohibit US companies for supporting a “surveillance state”? Wasn’t he quick to congratulate Taiwan’s president Tsai Ing-wen on her re-election in almost real time?

Those with long memory know better. Biden has long been a champion of the US engagement—and not confrontational–policy with China. He has always preferred an ambiguity on Taiwan. He has been a vice-president in the past and spent decades in Senate Foreign Relations Committee. A leopard doesn’t change its spots.

Only last May, when Trump was involved in a trade war with China, Biden had questioned if China was going to “eat our lunch”. He had asserted that China was no competition for the United States. Democrats support alliances, investments and multilateral approach. They prefer Chinese cooperation on climate change and non-proliferation deal. Biden hasn’t been any different. It’s only the approaching elections, and that latent anger against China on Coronavirus pandemic amongst voters, not to say China’s iron hand on Hong Kong, which has made Biden sing a different tune.

Let’s look at the Team Biden which would get rolling if he was to become the new US president. Antony Blinken and Jake Sullivan worked closely with Biden as his national security staff while he was in the White House. They are his senior advisers now.  Then there are Samantha Power and Tom Donilon.

Like their boss, all of them are genetically Democrats. They prefer “One China” policy where no heat is blown on Taiwan lest it upsets Beijing.  These days Samantha Power claims she is “very worried” about China yet adds for good measure she remembers their exemplary handling of Ebola outbreak in Africa; Blinken is grave in stating that China poses a “series of new challenges” but wants to work in tandem with them on global issues; Donilon isn’t keen on raising tariffs against China.

The truth is globalization is the genetic makeup of Democrats. In the name of free trade and liberal values—the cloak which hides the dagger of Leftists too—all they aim is to empower the 1% against 99% of humanity.  Behind the flag of “free world” is a military-industrial complex where wars are waged and common man has no future. From academia to media, everyone does their bidding. Profit and power is all that matters to them. They prefer governments which are servile and not like one in India where a prime minister is seeking to empower masses. A nationalist government, that too in India with its numbers and growing economic and political clout, is a grave threat to them.

If Biden was to win, and carries Kamala Harris to the White House, be sure India would be dis-serviced. They would speak the language of Pakistan and China on Kashmir and CAA-NRC etc. George Soros and his henchmen in India would acquire new teeth. That’s why Trump is right in claiming that China wants Biden to win. And that’s why it won’t be such a good news for India.