Ukraine could be carved up along the Dnieper River 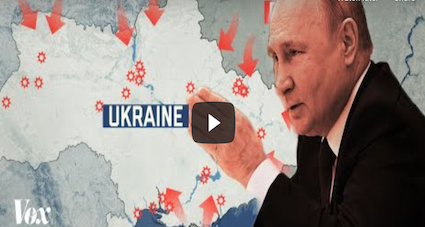 (The first and second part of this three-part series could be read here and here.)

How things move on from here?

For one, Ukraine is going to be carved up along the Dnieper River. (see map in the end)

Russia is close to cleaning up Mariupol, the stronghold of neo-Nazis who go by the name Azov Battalion of Ukrainian army, and ensure NATO stays out of Ukraine.

(It doesn’t make sense too for shrinking Ukraine to snuggle up to NATO now that West has thrown up its hands on clearing its mess.)

Russia is also evaluating which of its goods have been sanctioned and which are not by the marauding West.

Unwittingly the West has provided Russia with the list of goods it can’t do without.

Russia now knows that Helium and Crypton are West’s pressure points, as are multiple other metals, besides coal, oil and gas.

Russia made a move last week that “unfriendly nations” should make its payment dues in Rubles.

On the face of it, its a genuine demand since Dollars and Euros are of its no use after the sanctions.

The G7 nations—US, UK, Canada, Italy, Japan, Germany, France—have refused the demand for acceding to it would amount to revoking their own sanctions.

In doing so, they are putting up a brave front which is a bluff really since its’ in no position to do without Russia’s energy supply.

Putin hasn’t shown his hand yet but a master strategist that he is, he must have worked out his next few steps in advance.

Moscow has also announced that it would pay its foreign currency debts to “unfriendly nations” in Rubles.

If the West refuses payments in Rubles, and Russia defaults, heavens won’t fall.

Bolsheviks had failed to recognize Tsar’s debt following the 1917 Revolution. Argentina defaulted more recently, in 2001. Everyone thought it would turn Argentina a pariah in world markets for a long, long time. Nothing of the sort happened.

The West is used to throwing its weight around as it has done in slapping unilateral sanctions.

The truth is, only UN sanctions imposed under Chapter VII of the UN Charter are legal.

But such is the hubris of the Empire that it ignored 29 General Assembly resolutions demanding the lifting of the American embargo on Cuba.

Yet, the West have stepped up economic sanctions without a thought to the misery it could bring on untold numbers of common citizens at the other side of divide.

Hundreds of millions of innocent citizens thus fall pray to unilateral diktats which are unapproved, and even opposed, by the rest of the world.

So much so for the humanitarian concerns.

As for “friendly nations” to Russia, they could use banks which are not banned by SWIFT. Or through third party (India, China) Bank of Exchange.

Why, the United States itself did barter deals to get around Soviet Union in the 1960s.

The United States, on its balance sheet, could count up the gains of Europe remaining embedded to their manipulation for a few more years now; as well as the prospect of selling more of its energy in European market, one of its prime exports.

But it has pushed Russia firmly into Asia, and hip-joined them with China something which Henry Kissinger and Halford Mackinder were always afraid of.

The two together could forge a Eurasia and keep the US out of world’s heartland, given the West largely is a financial economy. It stepped away from being a manufacturing power a long-time ago.

Germany, yes, is still a manufacturing giant but in its bid for clean, green and solar energy, it has made itself stand outside the door of Russia for its coal and gas.

Once the cost goes up, serious inflation hits the roof, and people start lining up outside Bundestag, the legendary pragmatism of Germans would kick in.

The Agenda Hidden From Common Sight

The United States took the pole position after World War II because it was industrial capitalism against the threat of communism.

But once the Soviet Union disappeared, the United States began de-industrializing.

Now its a financial economy against an industrial behemoth such as China.

How is it going to control the world without goods, more so if the rest of globe looks for an alternative to Dollar?

America is rich and powerful because it is creditor to foreign countries. When the world makes its debt payments to the United States, it enables the superpower’s military agenda and finance its trade deficit.

And Dollar, the financial might of the US, is produced by just the whiff of a hand. The US—its already the largest debtor country of the world—could rake up as much debt as it wants and still go on whistling.

Yet being a creditor to the world, it could gobble up their real estate, natural resources, mineral rights, oil and gas, public infrastructure etc without a burp.

In essence, the US has been the landlord and financier of the world thus far—and which is now under threat from China and Russia.

Look at the currencies: The one of West isn’t backed by anything; the Eastern currencies are by national economies, especially in China and soon-enough in Russia now. This is self-sufficiency, and not reliance on West.

What if Dollar isn’t the only medium of exchange for the world? A solution which would happen anytime.

Make no mistake: The real fight is to retain privatisation and financialization of most of the planet through US banks and its satellites, and under the control of Capital from the West.

If it loses the banking and finance control of the world economy, the West is over. That’s why it doesn’t want the world to hit upon an alternative to Dollar. And that’s what the world would soon hit upon in near future.