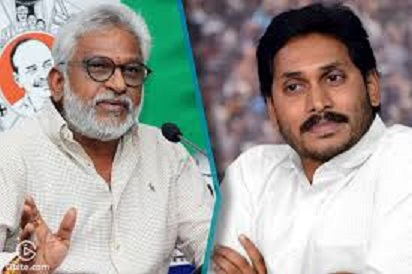 Andhra Pradesh’s chief minister Jagan Mohan Reddy has appointed his uncle Y V Subba Reddy as the chairman of ‘Tirumala Tirupati Devasthanams (TTD) Board and all hell has broken loose.

YY Subba Reddy is a devout Christian like his nephew Jagan and that alone is not the reason for the uproar on social media. The Andhra Pradesh’s government had to bring an ordinance to remove the TTD board members. It was necessitated since Sudhakar Yadav, the outgoing board chairman, who was appointed by the TDP government had initially refused to resign.

TTD is an independent religious trust which manages the affairs of Tirumala Venkateswara temple of Tirupati. It’s important enough for its chairman to be accorded the rank of a cabinet minister. The cash-rich temple is expecting overall revenue of about Rs 2,894 crore in this fiscal year. Of the total revenue, the cash offering in the temple hundi (offering box) by devotees was projected at Rs 1,156 crore, TTD executive officer Anil Kumar Singhal told reporters today.

Jagan Mohan Reddy is an adherent of Christianity, as per his family lineage and his grandfather Y S Raja Reddy was a communicant member of the Church of South India.

Since early June the appointment has been in an eye of controversy on Subba Reddy’s religion. Apart from several in BJP cadres questioning the step, the matter was taken on social media where an uproar has broken out on his appointment as TTD chairman.

Famous indologist David Frawley has tweeted : “Tirupati, the richest Hindu temple in India, taken over by Christian CM’s uncle, and prominent party member, under the claim that he is a good Hindu. Huge conflict of interest at family, political and religious levels! Hindus should protest.