When would Mufti and Abdullah be set free? 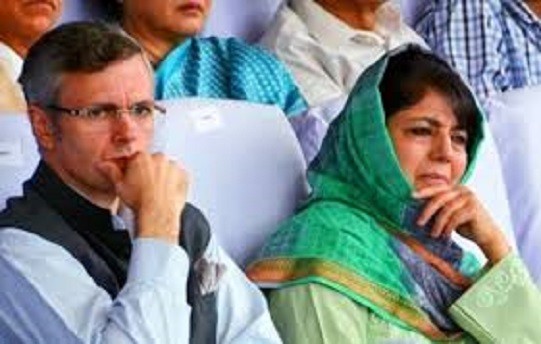 India and Pakistan have started whipping up support in their corners as the Ring that is Jammu and Kashmir gets ready for a trade of punches.

Pakistan prime minister Imran Khan wants his people on the streets in solidarity against the rearranged status of Jammu and Kashmir while Narendra Modi is reserving the month of September for his ministers’ outreach to people in 35 state capitals and 370 cities.

The momentum is with India where Modi has secured a cheque of gratitude from a billion people and possibly from history too on the once intractable issue of Kashmir.  He has second guessed almost everyone including the global powers, jihadi nuts in the Valley and secessionists forces within India. It’s nearly a month and India hasn’t fired a single bullet in anger.

Imran Khan is relying on propaganda and the good offices of China without realizing that slaves could only stare at the feet, and not go at the throat of the masters. It has a good ranch of guerillas, terrorists and Talibans but to take on world’s second largest army, bigger than United States, you need stallion and not jackass. Mooting closure of airspace could only evoke yawn. His dream of becoming prime minister is now a raging nightmare.

India’s enemies are investing much in the hope that Muftis and Abdullahs would be free soon and hold court; Valley would be put to flame and Lutyens Media would manufacture sob stories. For the moment, they have nothing but the sham cry of violations of human rights and India’s federal-structure-in-danger to keep stoking the dying embers.

When would Muftis and Abdullahs be set free? My guess is not in next four weeks. Modi government prefers embarrassment to harm. Half measures would come back to bite. You don’t do PR exercise with enemies. If the world can turn one eye away on Xinjiang in China; it could as well the other on Kashmir.

There is incremental easing up in Kashmir Valley. Landlines have been restored. Independence Day and Eid were celebrated.  Journalists, despite the brouhaha, are getting passes to move around at will. Schools and Colleges have been reopened. It’s not to say Valley would be quiet.  Muftis and Abdullahs could pay a heavy cost if flutes and music alone is the noise in their backyards.

There are a few things which the Modi government must follow as gospel. One, learn to ignore the barking dogs. Valley and Lutyens Media would be shooting from both sides of mouth. They must not be allowed to set the agenda. Give them a damn. Two, this outreach to people in September can’t be one-off thing. People need constant repeats on facts. Lose no opportunity, be it face-to-face, social media, spokespersons or editorials in newspapers. This is the only war your adversary would be engaging you in; so treat it as one. Three, name and shame the enemies within who run contrary to India’s interests. Three generations of this lobby has fattened itself on Kashmir. The cat is too fat now; it must be made to shed some weight.

I suspect Centre has hit upon an ace in raking up some high profile cases. So mournful is media on P. Chidambaram’s custody that Kashmir has been put on the backburner.  The cases against Sharad Pawar and Ahmed Patel’s son too would shrink space on Kashmir. Heat has been turned on against Trinamool Congress (TMC). Three state elections in three months would further pull the rug under Kashmir’s feet. Why, when was the last you heard on “Jai Shri Ram” crimes and “lynchings”?

But this is just the first phase of preparedness. Kashmir is serious. Heads could roll in Pakistan’s establishment. Imran Khan could invite a fate similar to Nawaz Sharif.  General Qamar Javed Bajwa has to justify his extension. United States could change tack in case it can’t summon India against China, Iran and Russia. So don’t take your eyes off. India has to handle Kashmir in real time. It could take months, years and even generations. But a start, a good one at that, has been made. And the nation can’t be thankful enough.