Where does Modi go from this Bihar high? Is this bugle of triumph also one of warning? 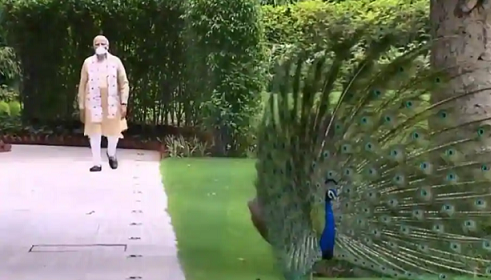 There is a reason for prime minister Narendra Modi to have an extra cup of tea which he loves so much in the morning. There are breakthroughs in Telangana and Manipur; a reaffirmation in Gujarat and Uttar Pradesh; and Madhya Pradesh sealed for years to come. And then there is Bihar.

And he could afford to smell roses too in his garden now that the foul air of Covid-19, migrants trek, China-at-gate, economic tsunami, engineered anti-CAA etc harnessed by the devil siblings of Opposition and prepaid media has blown back on their faces. Even Hathras didn’t work.

This morning though the tea won’t be the same for regional satraps of Bengal, Kerala, Assam and Tamil Nadu who have an assembly election to defend in next few months. A couple of them are allies who suspect they would be soon out of breath in keeping pace with such a driven partner. They don’t have to speak to Uddhav Thackeray or Nitish Kumar. They know it in heart.

It brings us to two existential questions in India’s political landscape: Are BJP and allies actually enemies sleeping in the same bed?

The basic premise of this puzzle of course is whether the two need each other. BJP didn’t concede to Shiv Sena in Maharashtra and I am sure there must be second thoughts within if it was judicious. Hindu vote is divided in any case, if not stupid. Why fragment it further? It has allowed the Pawars and Gandhis a stroll in the power corridors. Shiromani Akal Dal (SAD) was better to be without since it was cohabiting with farmer mafia while BJP is committed to rid India of weeds on the ground.

Politics is vision. But it’s also about staying in the present. BJP need to be both pragmatic and principled with allies. Only a fool can’t see that the Rest are coming together en masse: It doesn’t matter if they were enemies (BSP-SP; NCP-Congress, JD (S)-Congress, PDP-NC) only till recently. They are sinking and would hold on to any straw. They would get wiser—if not by 2017 UP then surely by 2020 Bihar–that caste piper isn’t quite belting out the chartbusters. They would band aid the pockmarks of corruption. They would woo the masses which so far were not even worthy of their contempt. They would rely less on media and friends-in-courtrooms now that it no longer is cutting the ice.

They of course are on the pitch of anarchy for some time. To their minds, they have already dispensed with umpires, third umpires and DRS etc. It has helped them in paralyzing the Centre, bound as it is by its Constitutional vows. What voters can’t deliver, villains might.

All those who stand with you, matter

It ought to be BJP’s goal to be in power, state after state. It can’t do without allies. It would have to allay their reasonable fears. Like it can’t afford to let go both Chirag Paswan and Nitish Kumar in Bihar. BJP might have a vision for India and its friends might suffer from cataract but then who said it’s an ideal world. You need every that voice, every that whiff, every that ray which could brighten your cause. Most have baser instincts, shallow interests, malleable emotions. But even those who just stand with you, matter.

So instead of a mere blinkered vision, BJP needs to look around and greet those who could say hello in return. It must account for inadequacies of others. It’s too straight-jacket and regimented with its friends. It can’t be that BJP is afraid of criticisms. If it was so, Yogi Adityanath wouldn’t have become CM of Uttar Pradesh; Article 370 would still have been a thorn, CAA-NRC would have gone into files by now. But BJP only harps on development. It doesn’t on discourse. They need to cultivate allies; they need to empower voices rooting for them to do good to Mother India.

It’s a seminal moment in India’s history. In millenniums. BJP can’t let it go only because its rulebook is cast in stone. It has to take every single voice along. And it has to stamp the hood of serpent into ground. It would be a Prithviraj Chauhan if it lets go the moment against Muhammad Ghori.  It would be a mistake to think that chorus is not contributing to the melody. Keep them in the background but keep them on the dais. Rise to their defence even if it’s unsavoury to your style. Men like Arnab Goswami, for instance, need you now. Niceties could wait.

So take your time as you finish your tea, Mr Modi. But open your gates a little wider, your drawing room a little more spacious, and summon extra chairs in the garden. There are more hues in the painting than just winning elections on the plank of bettering masses. There are independent voices, perhaps too stray and too disparate to matter to you or BJP. But they are helping the wider discourse. It would matter to you and India in longer run. Embrace them as you go forward.