Who is Didi fooling? Nandigram is deeply unhappy with Mamata, including its Muslims 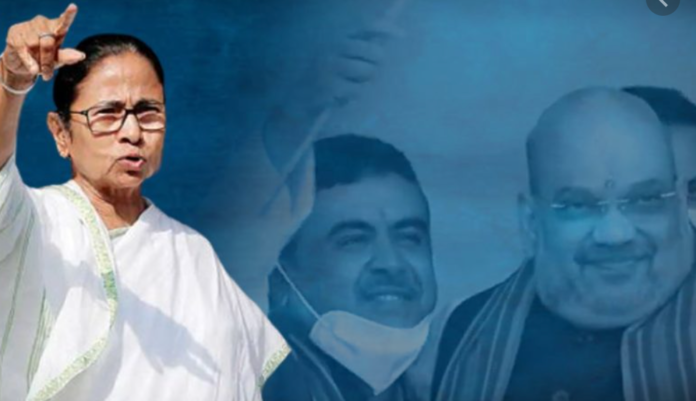 From Nandigram, West Bengal CM Mamata Banerjee has blown the poll bugle for 2021 Assembly Election. She took it head on as a war, it seemed. Her expressions yesterday made it apparent that Shuvendu Adhikari’s exit from TMC aggrieved and rattled her. Why? Perhaps because Shuvendu has his impact in whole South Bengal— not only in Midnapore, but also in South 24 Parganas. And South Bengal continues to be TMC’s impregnable fortress having many Muslim-majority seats.

It seemed an exercise to remind people of how she fought for Nandigram-farmers’ land-protection. This was a defensive gesture. Did she contemplate people have forgotten her Nandigram past? Did she want to start afresh by reminding that? From the same Nandigram where her political juggernaut against the once mighty Left began? She blew her own trumpet to drag public-sympathy. Why? Knowing perhaps well that even Nandigram was aggrieved and dissatisfied after 10 years of her despotic reign.

Why is Nandigram unhappy in spite of winning the conflict against CPM? Perhaps because Nandigram gained nothing with such a ‘victory’. While Nandigram Movement devastated the plan of a Chemical Hub, the place didn’t flourish otherwise and stagnated for 13 years. Neither industrialization nor any alternative development took place. Nandigram-youth looked for viable employment opportunity. Mamata Banerjee’s dole politics couldn’t cater to that need of young people. GO BACK MAMATA posters on her way to Nandigram expressed people’s grudge against her regime.

By claiming Digha-Tamluk Railway Line started operating due to her, did Mamata Banerjee admit her own failure to render anything significant for Purba Medinipur? Does the credit of Digha-Tamluk Line really go to Banerjee? Mamata became Railway Minister first time ever in 1999 in Atal Bihari Vajpayee cabinet and left the Ministry in 2000. Digha-Tamluk Railway Project remained in abayenace for 20 years while it became operative by the end of 2003 when Nitish Kumar was the Railway Minister with Atal Bihari Vajpayee still the Prime Minister. It was Vajpayee who revived the project from coma. Should the credit thereof legitimately go to Banerjee?

Mamata Banerjee reiterated a few names such as Abu, Sufiyan, Anisur etc. to have accompanied her in Nandigram Movement. Conscious effort to reiterate only Muslim names? Nandigram has substantial Muslim population & she needs to woo them to win from Nandigram. However, are all Muslims of Nandigram happy about her performance? Perhaps not. Dissatisfaction prevails in a section of Muslims who says she has impaired the Muslim community of West Bengal in last 10 years.

Mamata tried to portray fine dreams for Nandigram-youth saying Petroleum & Natural Gas found in Ashoknagar, North 24 Parganas would reach Haldia Refinery creating job opportunities for Medinipur. However, would credits of such jobs go to her fold? Or to the fold of Central Petroleum Ministry & Indian Oil Corporation? Antecedents suggest that Nandigram people are conscious enough to judge whether Mamata Banerjee tried to bag undue credit in this or not.

Tajpur Deep Seaport is a proposed project of GOWB that would require almost 20K crores. West Bengal doesn’t have resources to fund such amount as the State Treasury is already suffocated with astronomical credit-burden. Moreover, Mamata Banerjee’s model of conflict-politics generally fails to bag Central Grant in due time. In addition, whatever grant comes be misused in dole politics. Do people of Purba Medinipur have reasonable cause to have realistic faith in her dream-painting of Tajpur Port?

Banerjee ended up claiming she’d provide food & health free of cost to all in her realm. This statement invoked more doubts than relief. Was this a statement of denial to provide & create jobs? Otherwise, why food be free? Why can’t people earn & fund food on their own? Moreover, while Nandigram is a place of farmers & Banerjee’s political rise is from Farmers’ land-protection movement, her rigidity not to share Nandigram’s small farmers’ data with GOI is causing a loss of Rs 6000.00 peranuum to each farmer family thereof. Are Nandigram-farmers comfortable about this fact? Or are they looking for better farming opportunities under the Governance of PM Modi? Time would speak.

If Shuvandu Adhikari succeeds to weaken Mamata’s South Bengal Fortress, which he took an oath for, TMC would end up in a single-family show immediately once assembly elections are over.