Who’s afraid of Joe Biden? Certainly not Modi’s India for the ace they have up sleeve 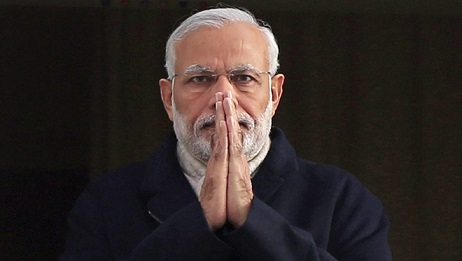 Indian prime minister Narendra Modi had endorsed Donald Trump’s re-election on a public platform: “Ek bar phir, Trump Sarkar.” How do you think Joe Biden would pay back if he does indeed make the inaugural speech in January, 2021?

Biden would probably be good to India on the trade front. Trump puts “America First.” Biden is from the globalist stable, so the tariff walls might actually get lowered. No more vile words on motorcycles. No longer finger-wagging if oil is sought from Iran; or arms from Russia. Our steel and rubber producers would be happy at reduced barriers. So, it could be for young Indians seeking H-1B work visas. And now that Biden has said he would restore Paris climate accord the first thing, India could hope for funds in renewables which, in the first place, had led it to join the accord in October, 2016.

Our newspapers would be happy too which is not the same thing as wellbeing of India. They pine for news which float in from US Congress and Senate and its’ religious committees and its human rights bodies against the Modi government. Now it would come thick and fast. Biden has already disapproved of CAA and National Register of Citizens (NRC). Kamala Harris indeed reminded “the Kashmiris that they are not alone in the world” on dilution of Article 370 in Jammu and Kashmir. The Islamists in our fold, our Opposition and Pakistan—how they sound as if speaking from the same book—would love it.

Modi-Shah worried? You have a thought coming

Still, the Modi-Shah duo need not worry. All they need is better ear plugs to keep the noise out. Biden-Harris are obliged to their masters in Liberal-Left caucus which detest nationalist governments. They use Islamist forces—and the tool of “Islamophobia”—to bring such “Nation First” forces to their knees. The mode is to rupture the society from within. So even if our “Azaadi” gang would be encouraged at Biden’s election, they could do little if Modi-Shah care two hoots about the cacophony. Get on with your CAA and NRC—or your Uniform Civil Code now that both House of Parliament are secured—and to hell with these anarchists.

(As an aside, watch for the moment when it happens. It would unfold as I tell you now: Modi-Shah in pursuit of their commitment, the anarchists occupying our Shaheen Baghs and JNUs, Mamatas and Sonias up in arms, Western media ecstatic and US Congress-Senate blaring out the Islamist propaganda. But mark out their hypocrisy for Muslim cause as terror and war would again be unleashed in Middle East and the terrible plight of Muslim brothers and sisters won’t bring even a reproach from these hypocrites.)

If the Modi-Shah duo are in good space, they have to thank China for it. The United States just can’t drop its eye from China and as long as this hawkish position is retained, possibly for coming decades, be sure that it won’t happen without India. It’s a bargaining chip Modi-Shah won’t be shy to use against Biden.

And what about the world? The Islamist and Left dictators in Africa and Latin America would be pleased with Biden in White House. Not so Great Britain since Biden is not as much “Brexit guy” as Trump is. Nor would be the besieged Muslims in Middle East who could expect tanks to roll on as the war-mongers are returning in force. Nor would be the GIs who could be spending next few years in deserts and among deserted. Talibans of Afghanistan would have Plan B in case the peace process is derailed. Russia would suffer from trepidations on more sanctions.

Iran could be pleased for the peace deal might be back on the table. China would prefer Biden any day to Trump. Banters would return in place of poisoned tongues; the RCEP (Regional Comprehensive Economic Partnership) gang would be up for loot. Europe would be pleased too—that is Western Europe—who were asked to look after self in NATO and aids by the Trump administration.

It would be a poisoned chalice for Biden though.  If it was 60 million for Trump in 2016, it’s already 70 million US citizens by his side, besides the illegal votes which might have floated in in mail-boxes. Unsteady would be the crown on Biden’s head. He and his team—likely nasty—would’ve to curb its enthusiasm for Wars and Loots; Pakistan and China.

As for India, a Democrat in White House in 2020 is far better than it would’ve been in 2016. Just four years ago, we were still rooting for “Hindi Chini Bhai Bhai.” Now we can do business.