Why Capt. Amrinder Singh is not able to walk his talk 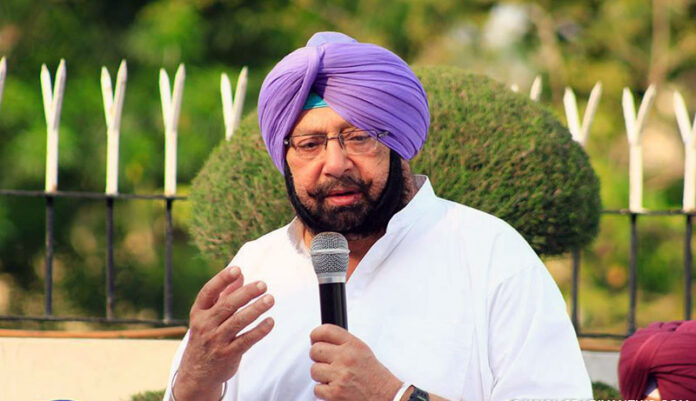 Captain Amrinder Singh, chief minister of Punjab, looks a man fettered by his Congress party as he too joined “show-me-the-evidence” gang on Balakot in a news channel interview recently.

The man who once stood in sync with the BJP stance and claimed “If they kill 10 soldiers of ours, we should payback with 20 terrorists of theirs,” now insinuates in the interview that the Centre should’ve no problem in providing evidence of the Balakot attack.

“The cone of the missile have cameras fitted to them and can be seen whether they are striking home or not…are you not supposed to have that proof,” bristled Capt. Amrinder Singh in the interview.

Similarly, even though Capt. Amrinder Singh didn’t approve of his minister Navjot Singh Sidhu’s bonhomie with Imran Khan’s Pakistan and sees a threat to Punjab’s integrity from not only our neighbours but also Canada because of the two countries being the breeding ground of separatist Khalistanis, he appeared defensive when he remarked he was against “terrorism and threat to India’s security but prefer talks with the adversaries and finish the whole dispute once and for all.” This is the same man who once wanted Major Gogoi to be honoured with Distinguished Services Medal after the latter used a “human shield” against stone-pelters gathered around his jeep in Kashmir Valley.

Speaking on the Prime Minister Narinder Modi’s words that, “while all the credit of Balakot lies with the armed forces, but I took an action, a decision to go for the surgical strike,” Capt. Amrinder Singh came up with the typical Congress argument, “The Prime Minister has no business claiming this victory. These kinds of operations have been happening at the Pak border for the last 50 years. Who says this has not been done before? It was done in 1947, 1965, 1971, and during the Kargil operations”.

Capt. Amrinder Singh perhaps need be reminded that during UPA 1 and 2, bomb explosions and innocent deaths occurred on a regular basis. In 2004, as soon as Congress assumed office, it repealed Prevention of Terrorism Act (POTA) which softened the nation’s stance against the terrorists. It allowed radical groups like Students’ Islamic Movement of India (SIMI) and Indian Mujahideen (IM) to emerge, as well as revival of Naxalites.

It led to a spurt of terrorist attacks in India, including ones in New Delhi (2005), Mumbai train blasts (2006), Malegaon, Samjhauta Express, Ajmer Sharif among others, not to forget the horrific 26/11 attack in Mumbai.

Capt. Amrinder Singh obviously can’t break free of Congress but given the policy of appeasement of Grand Old Party for Pakistan, his aggressive stance against the troublesome neighbours and terrorists appear hollow. His sane voice increasingly gets lost in the cacophony of Mani Shankar Aiyer, Randeep Surjewala, Ghulam Nabi Azad and Digvijay Singh, among others.

Clearly we are dealing with a man whose words and action are poles apart in political arena.