Why media gets away with murder? Let me draw your attention to these instances 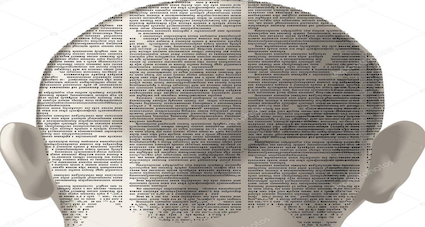 Media can get away with murder.

Accountability is what you and I suffer everyday in our life. Our sacred books term it “Karma” but when your kids in US don’t call while you pick your bones every morning to go to loo; or when you are cheated by very those who you could’ve risked your life with, you think of all the betrayals and all the neglects you did in your own time.

Think about it. Barkha Dutt and Vir Sanghvi were exposed in Radia tapes. They were “fixing” deals. A similar term in corporate terms is called insider trading; or in cricketing terms, setting up a match. We all know what happened to a Rajat Gupta or a Hansie Cronje. But Barkha and Sanghvi? They still wear their stained shirts with aplomb. This closed group doesn’t let any member fall by the wayside.

Shekhar Gupta? In 2012 he wrote about a fake army coup in Delhi in 2012. He, and a couple of his fellow peddlers in Indian Express pointed towards a breakdown in political-military relationship. Shekhar Gupta in 2021? Well, in between he has had stints as head of Editors’ Guild of  India. His digital venture, ThePrint has stakeholders in a few of India’s best known names, if Kiran Mazumdar Shaw or Narayana Murthy ring a bell.

Rajdeep Sardesai? Well only recently he termed a road death on Republic Day as excess by police against innocent farmers looking for a day-out in the Capital. In due course we knew the fella had died of accident. Imagine, on a volatile day, when emotions were running high, such an assertion by one of India’s better known faces could’ve caused serious riots. As it is, many a dozen cops found themselves in ICU, god knows how many a victim of backlash from farmers at such a fake news. A slap on the wrist later, Sardesai is beaming in your drawing room again.

And so on and so.

Sure, these Dirty Dozens alone don’t make up the entire media. Is it fair to drag everyone through the mud when it’s only handful causing mischief. Why taint a young, fresh-eyed youngsters, having done a course in journalism, excited with a break-out job in Times of India or Hindustan Times, and breaking his teeth in journalism?

The Contours of Media

So let’s wrap our hands around the contours of what we call media. A newspaper office has different desks, different beats, all are headed by individuals; these individuals are answerable to the Editor, as are those who handle front pages every night and one who is in charge of OpEd pages.

All newspapers are run on advertisements. Subscriptions are not enough. Readers spending a Rupee-and-a-half in buying the rag every morning is pocket change to them. They command the ad prices on the weight of their circulation. Bigger the number, bigger the ad pie. These ads could be by retail stores, automakers, mobile companies etc. Governments, both Centre and States, use print pages to highlight their achievements and projects.

This money is used by a media tycoon or conglomerate to pay off the staff, indulge in better technology, better distribution, more editions. These are measurable yardsticks. Intangibles are the free land you get in a State to open your own University; contracts you could get by withholding a story against a chief minister, so to say.

So first thing a media tycoon does is to find an Editor who could publish or drop a story on the basis of its commercial value. So, let’s say Arvind Kejriwal gives hundreds of crores in ads to my newspaper. Why should I publish a story which says MCD workers haven’t been paid for months in the Capital? Maharashtra is bad boy of Covid-19. Why malign them when the same blame could easily be put on Centre? Kumbh Mela is bad optics so plunge the dagger deeper. Sanjay Raut doing a roadshow, only today, is passe.

The next logical question is, how far this “chain” goes which in our everyday parlance is called “ecosystem.” So let’s say “ecosystem” is the most powerful forces in the globe. The Colonialists of our parents’ time are today’s globalists. Like imperialists, these globalists seek land, resources and labour. Since Wars can’t so easily be waged, “other countries” could only be controlled by propaganda and sanctions.

Propaganda is carried out by newspapers, academia and brands which are made out of thin air, like Greta Thunberg. NGOs and Foundations are accomplices in crime.

Sanctions are by way of squeezing you out of global system, or debt which you owe to an IMF and World Bank. If they turn the screw, you are devastated.

Such sanctions are imposed if protesting farmers are making good headlines and pictures; anti-CAA protests are adorning front pages by way of nannies and kids. EVENTS THAT YOU HAVE CREATED YOURSELF. Then British Parliament and US Congress are made upset at “vanishing democracy” and “human rights.” A native government and judiciary is left paralysed. A democratically elected government could escape the gallows if they fall in line with this ecosystem. When it’s not looking to be “atmanirbhar.”

Needless to say, these globalists control your big-tech, central banks, media and academia, NGOs and Foundations, Parliaments and Congress because their deep pockets have bought them over. My Way or High Way. The surround sound could drown any independent voice. Like it happened to Muammar Gaddafi, Saddam Hussein etc, picked like rats in hole.

Like it’s being tried on Vladimir Putin and Narendra Modi. Like they did with Donald Trump. The trick is to abuse them incessantly. Till they are devils in common perception. Never mind the 75 million who voted for Trump in US presidential elections. Like tens of millions who are validating Modi brand.

Since nobody calls out, media gets away with murder. In your newspaper today, Joe Biden sounds sanguine that American troops would finally leave Afghanistan. But media won’t tell you that America has lost the war. After 20 years, they couldn’t subdue Taliban or tribals. So a defeat is couched as a “peace-seeking” globalist democrat President.

You read the Western propaganda against a cheap vaccine like AstraZeneca’s. Only because for Pfizer and Moderna, it’s a 100-billion dollar bounty in Covid-19 vaccination. Why let any competition stand in the way? Why seek Sputnik V at all even if Russians are none the worse for it.

That’s why I say media gets away with murder. FOR MEDIA IS NEVER FOR YOU READERS! IT’S FOR FORCES WHICH FEED THEM. And that my default position is to take the opposite view of everything they publish on front page and OpEd pages. Please do likewise. And India would’ve broken its shackles.

Remember, we gullible are the essential bricks of this behemoth ecosystem. If people call out, these globalists would be culled. Seek truth. It would set you—and humanity—free.