Why our Javed Akhtars and Mahesh Bhatts silent on Saba Qamar? 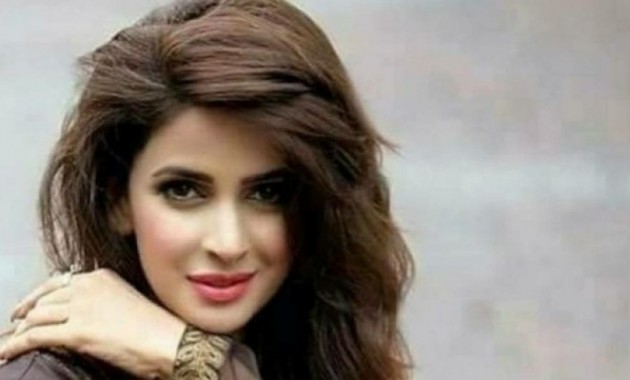 I hope you didn’t miss. A Pakistani actor and singer were recently booked by Lahore police on Saturday. Saba Qamar had featured in Bollywood hit “Hindu Medium”.  Bilal Saeed is a well-known singer. They were booked as a lawyer found their act of filming a nikah-sequence inside the local Wazir Khan mosque offensive to religious ethos of masses.

How do you think Saba Qamar and Bilal Saeed have responded to the threat of arrest? They of course have apologized on social media.

There is little gain-saying whether police were out of step with the Pakistan Penal Code (PPC) for they were not.  Section 295 of PPC pertains to offences related to “religion.”

But what has caught my attention is that Pakistan, teeming with Lahoris of free spirit, and Karachiites of the world, all those intellectuals of Cambridge and Oxford—why prime minister Imran Khan himself is one—are silent. Was there a need for FIR against the actors? Agreed, anybody could file a FIR but is it really defiling Islam to shoot a marriage-video in a mosque? Isn’t PPC in need of major overhaul? How does it make the country look to rest of the world? And more importantly, across the border, in India where they have many sympathizers and sleeping cells?

It of course is futile to expect our Bollywoodiyas to react on the terrible incident across the border. They have too much on their plate, as it were. But they still bristle under the breath in India, sometimes without any provocation.

I am sure the likes of Aparna Sen, Aamir Khan, Naseeruddin Shah, Javed Akhtar, Shabhana Azmi, Swara Bhaskar, Anurag Kashyap, Sonam Kapoor etc—have I missed any?—must be crossing your mind. They are outraged at everything, even if police and the judiciary have the same opinion on who they think are the culprits of the state and common citizens. Nasser and Aamir Khan, (oh, no his wife Kiran) perpetually worry about their beloved India. But Pakistan doesn’t bother them for they take these steps in order: (a) casting Pakistani actors; (b) releasing it on Pakistani theatre screens; (c) and raking in moolah. Why bite the hand which feeds?

These erudite Bollywoodias of course won’t remember that Sheikh Mukhtar, and Yaqub, our stars of pre-partition films, were lost in oblivion once they went to Pakistan after the Partition. Yet you have instances of Javed Akhtar and Mahesh Bhatt, appearing in an interview on Al-Jazeera where its’ host was slamming India and its “communal politics” left-right and centre and so were the guests. Akhtar had said so on the show: “The situation in India was never as dark as it is today…the space for dissension is shrinking by the day. Today there is hardly any television channel in India that openly criticizes the present regime. It was not so six years ago.”

And this is what Mahesh Bhatt had said: “The Muslims of my country and all other minorities have never felt more insecure; if people choose to turn their face away from this naked truth, it’s their privilege but they do India a lot of harm when people are frightened to speak. There’s palpable anxiety in the air.”

There are of course many a videos on YouTube where you have our shayar Javed Akhtar calling Narendra Modi a fascist.

How do you think we Indians have responded to this interview by our luminaries on foreign channels, sullying India’s reputation when their republic has done as little as to even admonish them? Would they dare do so in Pakistan?

Meanwhile the Pakistani actor and singer have been granted bail after they had apologized. They had to furnish a cash bond and give a written promise that the controversial scene in the Masjid would be removed.