With Rahul as stumper in shorter formats, message is loud and clear to Pant 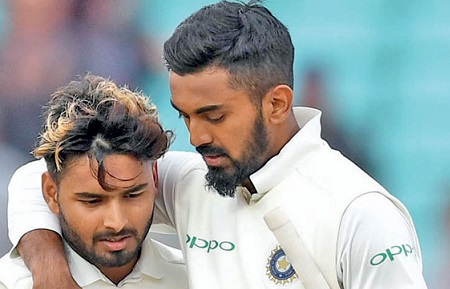 Strange though it may sound, but there seems to be a kind of method in the madness that is Indian cricket.

The Board of Control for Cricket in India while announcing the squads for the November to January tour of Australia in all three formats has definitely awarded form and fitness. Along the way it has also sent very strong signals to players and their lobbies about the future of the game in the country.

Topmost on the list would have to be the selection of K L Rahul as wicket-keeper and vice-captain in both the 50- and 20-overs formats. In fact, so strong is the backing of Rahul’s form and fitness that he is the lone glove-man for the three-match ODI series which are scheduled to follow the three T20 internationals and four Tests.

There is no doubting Rahul’s competence with the bat as well as his leadership abilities that has seen a dramatic turn-around by his franchise in the Indian Premier League. But keeping wickets in the 20-over game and the longer version is quite a different kettle of fish. Statistics show that in T20s, on an average, less than 15 percent of the deliveries go through to the wicket-keeper even though the person behind the stumps must be supremely fit and agile to counter the “wides” as well as the edges flying off the bat.

Rishabh Pant’s performance behind the sticks and in front has been rather sedate if not a tad disappointing. And his injury that forced him to yield the gloves to Australian Alex Carey could not have come at a worse time.

The saving grace for the Delhi youngster is his selection as the Test stumper alongside veteran Wriddhiman Saha. A special performance there ahead of the Bengal gloveman could still find Pant pushing for a place in the ODI squad which sees action only in January 2021.

Mumbai stalwart Rohit Sharma finds himself in the wilderness due a left hamstring injury which will be “monitored” by the Team India’s medical team as well as the selection panel led by former Test spinner Sunil Joshi. But leaving no doubts about the leadership race, Sharma has to remain content, if he makes the cut at all, with playing purely as a batsman and possibly pushing him out of the succession race.

Barring some miracle, new ball exponents Ishant Sharma and Bhuvaneshwar Kumar would be lucky if they ever come into consideration for the Australian sojourn.

The pace battery is well stocked with new additions like Mohammad Siraj to the Test and Navdeep Saini across formats. Then there are the four “net bowlers” biding their time in the wings, much like Saini did in the 2019 ICC World Cup in England and improved by leaps and bounds thanks to the exposure.

Yuzvendra Chahal may be justifiably peeved at his exclusion from the Test squad but seems to be in the lead spinner for the limited overs affairs where he could very well be partnering newbie Varun Chakravarthy even as Washington Sundar and Ravindra Jadeja jostle for the all-rounder’s spot.

Subtle message going out from the BCCI and its selection team with an eye on the future. And if the signals are received right, an improved performance from those in the firing line would only do Indian cricket a world of good.