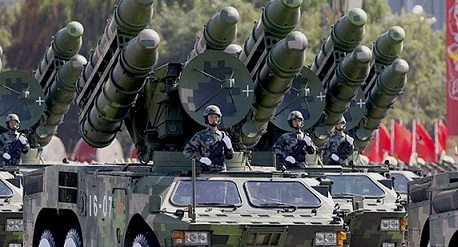 The reputation of most of the Chinese products in India has always been a butt of jokes.

It received a further coat of affirmation when its pharmaceutical products in Spain, Italy and other countries were rejected during the initial months of Coronavirus pandemic.

The military hardware is no exception. According to the latest intelligence reports, much of the Chinese arms and military equipment sold have been found defective. During the last four years, China gained fifth spot in thy world as the largest arms exporter, accounting for 5.5 per cent of total global arms exports. The Belt and Road Initiative (BRI) partners of China remain the main buyers.

Intelligence agencies have prepared a report recently where it’s highlighted how Beijing has pushed “defective equipment” to friendly nations in Asia, the Middle East and Africa.

Though the preceding four years saw the number of countries importing Chinese military goods rise from 40 to 53, Pakistan was the main recipient (35 per cent) in 2015-19.

The strategy of China has been to target poor Asian and African countries, governed generally by corrupt leaders or countries in the need of urgent financial needs, offer loans to the country. It has come to notice that sometimes hefty kickbacks are offered. The rulers lose no time to shift their allegiance towards the Asian giant.

But recent reports say that countries are now unhappy with the faulty Chinese military equipment, which was being dumped by China under the garb of varied commercial defense deals.

The list of deceived Chinese friends is long. From far away in Africa’s Kenya to newly acquired ally Nepal, all are hurt.

Kenya-bought Chinese VN-4 Armoured Personnel Carriers (APC) reportedly had a number of mechanical defects. There are reports of deaths of some Kenyan army men while trying out a test firing of the newly-acquired equipment,

Nepal, on the other hand, bought Six China-made Y12e and MA60 aircraft which were already rejected by Bangladesh. They are lying useless as they are neither suited for Nepal’s terrain nor are spare parts available for them. “The Chinese have refused to consider Nepal’s requests to replace them,” the report stated.

Bangladesh was another target country which had two obsolete 1970s era Ming class Type 035G submarines, bought at $100m each in 2017. Recommissioned as BNS Nobojatra and BNS Joyjatra, these were originally used as training vessels for People’s Liberation Army Navy and had outlived their utility. “The condition of these submarines is so bad that they are reportedly lying unserviceable for considerable time,” the intelligence report stated.

In April 2003, PLA Navy Ming Class submarine 361 suffered a mechanical failure in the Yellow Sea, killing all its 70 crew members.

Myanmar is another sufferer. Its senior leadership is unhappy over the quality of Chinese equipment supplied to them but is helpless due to lack of sources. However, they have started diversifying their imports, looking towards India.

The Myanmar government allege that China is also supplying high quality sophisticated weapons (including Surface to Air Missiles) to militant groups Arakan Army, a terrorist group based in Northern parts of the country.

And who can ignore the classic case of Pakistan. Under the guise of China’s “iron clad friendship” as it has been. made the dumping ground for all types of obsolete, discarded and sub-standard equipment from the Chinese.

The refurbished Chinese-built F22P frigates for the Pakistan Navy have been beset with various technical malfunctions. The Pakistan Army has procured nine systems of LY-80 LOMADS from China, signing two separate contracts for the supply of the Air Defence System along with IBIS-150 radar, which were delivered in mid-2019. It was later found that three out of nine systems are non-functional due to faults in guidance vehicle, search vehicle and firing vehicle.

All these reports along with Chinese alleged role during the pandemic has compelled the markets worldwide to look forwards other options. India can find an opportunity knocking if it modifies some archaic laws, improves infrastructure and implements its pet ‘Make in India’ project effectively.