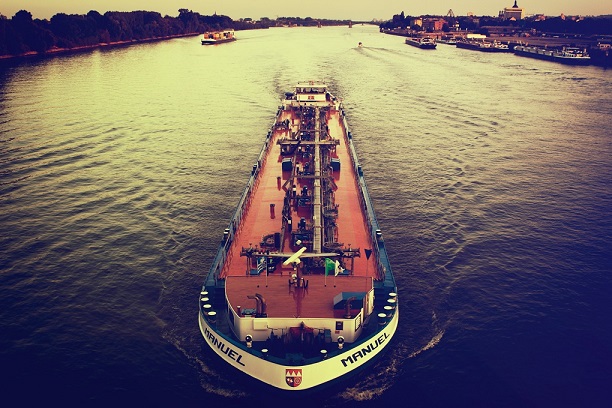 Prime Minister Narendra Modi invited BIMSTEC (Bay of Bengal Initiative for Mutli-Sectoral Technical and Economic Cooperation) leaders for his second swearing-in ceremony and one particular follow-up is a clear signal that neighbours are pivotal to India’s foreign policy in coming years.

Bhutan last week transported 70 trucks of crushed stone aggregates to Bangladesh and the cargo was facilitated through a barge of India’s Inland Waterways Authority of India (IWAI). It moved from Phuenthsoling in Bhutan to 160-km distant Dhubri riverport in Assam onwards to Narayangunj in Bangladesh. On return journey, Bangladesh will load jute and rice to Bhutan.

The trip saved about 30 per cent transportation cost and 8-10 days of travel time. Earlier, trucks were the mode of transport between Bhutan and Bangladesh. At the border, cargo from Bhutan were unloaded and reloaded into trucks of Bangladesh. It needed custom clearance and the resultant long queues sometimes lasted up to 20 days.

India will provide Rs 300 crores to Bangladesh for maintaining the depth of water on this route for five years. The move to facilitate Bhutan-Bangladesh trade through Brahmaputra is part of Indo-Bangladesh protocol route. The bilateral trade between Bangladesh and Bhutan, heavily in favour of latter—$4,13 billion to $718 million as on last year—would thus get a further boost.

India is aggressively developing extensive network of waterways. The rivers, canals, creeks are put into commercial use of late. The BJP government passed the National Waterways Act in 2016, giving an impetus to the waterways transportation and freight. The total navigable length now is 14,500 kms which carries 55 million tonnes of cargo annually.  India is entering into treaties with neighbouring countries like Bangladesh, Myanmar and Bhutan for expansion of its waterways.

The Indian government is taking various initiatives to increase the use of inland waterways and coastal shipping or greater cargo shipment. These include providing assured depth of water in the channels, navigation aids like GPS and River Information System, terminals at regular intervals and facilities for mechanized handling of cargo etc.

The North-East national waterways hold a strategic position. The national waterways in this part stretched from Sadiya to Dhubri, both in Assam, a distance of 891 kilometres. The strategic use of waterways is also important for defence and security purposes.given Brahamputra river’s proximity to Chinese border. The Sagarmala project connects North East India and facilitates movement of defence forces. In this section, there are four Global Positioning Systems (GPS) for safe navigation—namely Dhubri, Jogighopa, Biswanthghat and Dibrugarh. There are 12 other floating terminal facilities.