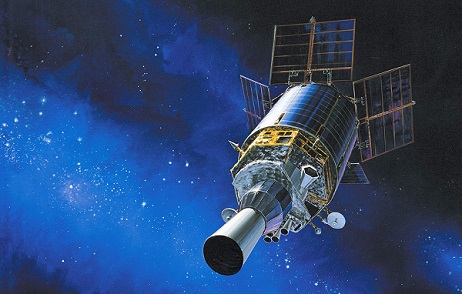 China has deployed Unmanned Aerial Vehicles at Hoping airbase, close to Sikkim according to Intel reports,

An electronic warfare unit with four counter space jammers has been deployed at Nyanglu, 60 km from the Arunachal Pradesh border, to neutralize India’s GSAT and communication satellites in the event of a war, reports Eurasian Times.

The US State Department has recently suggested that China considers India as a rival. The present measure, to go along with the resilience and resolve Modi government has exhibited alongside the Line of Actual Control (LAC) in Ladakh, only proves the impression.

China is trying everything it could to position itself superior. From psychological warfare to latest weaponry to clandestine moves, Beijing is leaving no stone unturned to pin India down.

Instead of moving back from Finger 4, the road between Finger 6 and Finger 8 is being widened in Ladakh flashpoint. There have been several intel inputs of reinforcement and relocation of PLA troops across friction points and close by such as Rudog, Sumxi, Chang La, redeployment of troops at Yebi, construction of more than 10 dugouts each at Samar Lungpa, east of Karakoram Pass and at Mount Sajum, south of Rechin La.

There have been reports of  increased PLA  troops deployment at Qizil Jilga, 70kms east of Daulat Beg Oldi (DBO).

Along with this, the movements of Chinese tank transporters are spotted at Gobak, 60kms east of the LAC. The Indian troops can see the movements of heavy-equipment transport vehicle from the strategic heights in South Pangong Tso.

The preparation of Chinese, in event of the air warfare, the airbases at Hotan and Kashgar area reinvigorated. It is no secret that the Chinese are uncomfortable against IAF, heavy transport lift planes and bombers are positioned at these bases, which are close to LAC.

The deployment of forces is part of the grand plan of the Chinese policy of creeping annexation. For their stay in Himalayas this winter, the PLA is providing troops with warm clothing and comfortable living conditions. Also, equipped with never-seen-in-the-world weapons and using Directed Energy Weapons (DEWs) to reoccupy unknown, unnamed territories against Indians are the usual camouflaged techniques, expected from the PLA.

In fact, all across the LAC from Kaurik Pass in Himachal Pradesh to Fish Tail I and II in Arunachal Pradesh to entire eastern Ladakh and close to Sikkim, the expansionist Dragon is eyeing slices of lands using their Salami strategy.

The India-Myanmar border suddenly has become active. A huge cache of Chinese weaponry, including AK-47s, M-16s, and Chinese pistols used By North East separatists and attacks on Indian security forces is the result of Chinese hidden support.