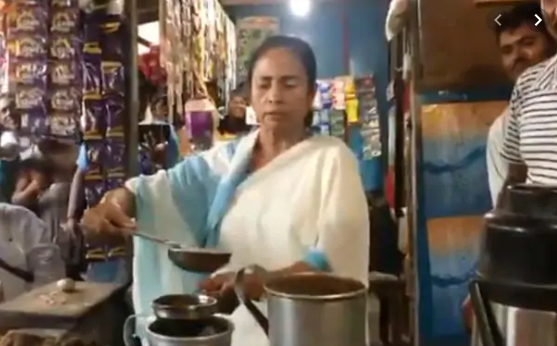 The much-fancied ‘Didi Ke Bolo’ campaign, an outreach to people of West Bengal, launched by Chief Minister Mamata Banerjee seems to have boomeranged on her.

The campaign was launched three weeks ago, ostensibly on the advice of her poll strategist, the maverick Prashant Bhushan. It was a way to reach out to people, listen to their grievances and have an interface with the voters of Bengal. A team of over 1,000 party leaders were assigned to visit 10,000 villges to redress the grievances of the people. A dedicated website and toll number too came into operation.

However, it seems to have opened a can of worms. Within this short span of less than a month, the party leaders are handling uncomfortable questions about cut money, arrogance of local leaders and syndicates.

Trinamool Congress (TMC) leaders are admitting to have received calls regarding allegations against a few of their own ilks. As per a News 18 story: “People have called up the helpline number and complained about extorting, cut money and syndicates,” said a leader on condition of anonymity. Said a party functionary: “We are facing a tough time answering these questions.” People are questioning why TMC is hesitating to throw out corrupt and arrogant leaders of the party.

‘Cut money’ is a term devised by the TMC leaders where a set percentage of share of money is extorted by TMC against the financial assistance received by people on government schemes.

“The questions they are facing are just a mild reflection of the people’s ire towards them. Time is running out for the TMC as people are getting ready to throw them out of power in next assembly polls,” Ghosh added.

The West Bengal state assembly polls are due in 2021.

The TMC, which is seeking “professional help” to refurbish its image ahead of the 2021 assembly polls may find it difficult to save their face as general public has started venting their anger over ‘cut money’and goondaism.

Though the ‘professional help’ has advised Mamata Banerjee to tone down anti-Hindu rhetoric, stay away from ‘Jai Sri Ram’ slogan controversy, the damage, it seems has already been done. And the writing on wall is clear. It’s not BJP but her own people who are ready to throw out Mamata Banerjee.