Entitlement: Jaitley has not just vacated his allotted home 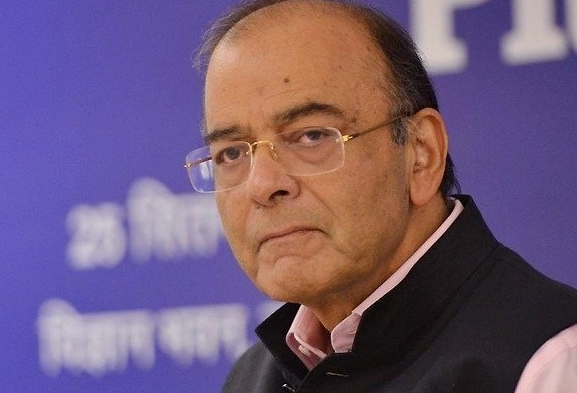 Arun Jaitley, India’s former finance minister vacated the allotted accommodation in Lutyens Delhi, along with his official cars and has reduced the security cover provided to him.

Citing his health concerns, Jaitley had requested Prime Minister Narendra Modi to exclude his name from the formation of Cabinet Ministers after the resounding electoral success of Bhartiya Janata Party (BJP) in Lok Sabha elections. He has decided to move to his own house in South Delhi.

The vacation of official residence is in lines with Supreme court order of Member of Parliaments needing to vacate their allotted bungalows within one month of dissolution of previous Lok Sabha. Jaitley is expecting to recover soon and then may seek a smaller official residence, by November.

On the same lines, the foster family of former Prime Minister Atal Bihari Vajpayee has also vacated their bungalow at Krishna Menon Marg. This accommodation is being now allotted to Union Home Minister Amit Shah. The Krishna Menon Marg bungalow was earlier allotted to the late prime minister Atal Bihari Vajpayee after his government was voted out in 2004 and where he stayed there with his family for nearly 14 years and vacated the house in last November after his death in August 2018.

Modi government, after coming to power in 2014, decided that no government bungalow previously occupied by a leader in Delhi would be converted into any memorial after their death. The government has built memorial for Vajpayee ‘Sadaiv Atal’, near the Rashtriya Smriti Sthal, a place designated for last rites of presidents, vice-presidents and prime ministers.

The bungalows in the Lutyen’s Bungalow Zone (LBZ)  define India’s Who’s Who in political arena. The central government has the authority in the allotment of these bungalows and the current NDA government adheres to a strict policy to reject requests from politicians or officials to extend their stay. The government claims that the number of houses vacated has increased under the Modi government.

Unlike the BJP, let’s look at the conduct of Congress and its leaders who over the decades have turned the charmed Lutyens’ area as one of their own.

Teen Murti, the official house of India’s first Prime Minister Jawaharlal Nehru, where he lived for 16 years was turned into a memorial after his death in 1964. The 30-acre palatial bungalow now houses various memorials, library, planetarium in the heart of Indian capital. Similarly, Indira Gandhi’s memorial, a large house, was turned museum where she was assassinated, is at 1 Safdarjung Road.

Indian National Congress leader Sonia Gandhi is the official occupant of 10, Janpath Road, though she is only an ordinary Member of Parliament. Occupying 15,181 square metres, 10 Janpath is bigger than the official residence of the Prime Minister of the country. The adjoining 24, Akbar Road, where the Congress headquarter is established is also used by Sonia Gandhi as her personal domain.

While Vajpayee lived with his family, like all traditional Indian families in his official residence, Congress President Rahul Gandhi lives in a separate estate at 12, Tughlaq Lane, a sprawling bungalow spanning 5123 square metres. Another ‘important’ member of the Gandhi clan, Priyanka Gandhi, who is not even a member of Parliament and was annointed with the post of ‘general secretary’ of INC just before the elections, is the occupant of 35, Lodhi Estate, a 2765 square metres bungalow.

The other constituents of UPA government and other opposition parties as well as few constituents of NDA also have also their share of pie in Lutyens zone. According to the details available in the official Doe website, almost all national parties are in illegal possession of residences and bungalows.

The Modi government is initiating steps for the eviction of illegal occupants. The biggest challenge would be ‘freeing’ the offices of Sewa Dal at 26 Akbar Road, Indian Youth Congress office situated at 5, Raisina Road and office of Congress headquarters.  CII/109 Chanakyapuri is used as residence of Congress office-bearers. Moreover, Congress is paying a monthly rent of just Rs 3920.00 for its 24 Akbar Road office.

Nationalist Congress Party (NCp0 , with just five Lok Sabha seats has office in Bishambar Marg, New Delhi, Bahujan Samaj Party and Samajwadi Party too have some parts of Lutyens zone under their fist.

The Directorate of Estates, under the erstwhile urban development ministry served notices cancelling the allotment of all four properties in January 2015. According to the rules, a party that is allotted government accommodation is given three years to construct its own office and vacate the premises. The Congress was given land for building a party office at 9-A, Rouse Avenue in June 2010 and was required to vacate four bungalows leased to it, by June 2013.

The recent development of vacating the official bungalows has come as a pleasant surprise for the Indian electorates who are habitual of seeing the prime realty occupied by defeated and redundant politicians and also properties turned into memorials.

The twitterati is abuzz with the news of Jaitley vacating his bungalow. It’s also a message to Congress and other Opposition: The squatters must go.

Modi, in his first tenure, made 1500 squatters evict their bungalows in Lutyens’ Delhi. They were paying an official rent as low as Rs 16,000 per month.

(Post Script: Payal Abdullah, the estranged wife of former J & K chief minister Omar Abdullah—see image–had to be evicted out of her bungalow on a court order in 2016).