If you knew where did this 5 Quintal go, you would solve the riddle of outcry on farmers 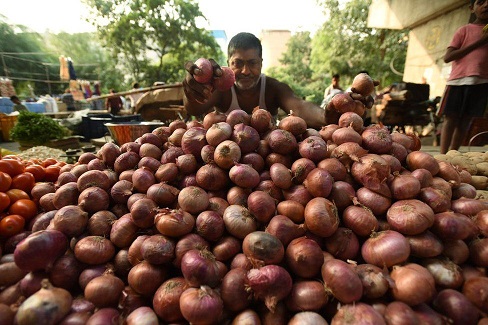 My friend Veeresh Malik, who livens these pages with a life lived in real-situations, and who has lately been regaling us with his insightful pieces on India’s farming, last evening forwarded me a mail of his friend who had recounted a ground reality in India’s “mandis”. It goes something like this:

It’s a Mandi and a farmer is slinking himself in a corner with his agri-produce.

This is the 10th time he has requested a middleman to bring buyers to him.

Middleman: Can’t you see there are so many in the line?

(The farmer, rebuffed, is back in his corner).

With sun on the wane, Middleman finally relents and picks up a fist of his grain.

Farmer: This is all I have, hukum

Middleman: Let me see, it could go Rs 50 cheaper…

Middleman comes and picks up his agri-produce.

Middleman: This is about 18 quintals

Farmer: But I had weighed it to be 20 quintals at home

Middleman: This is in front of you. I haven’t eaten up 2 quintals. Now tell me, you want money now or later

Farmer: Now sir, my family is in distress

Farmer clutches the rupees in his fist and returns home. He now finds to his dismay that all he got was a proceed for 15 quintals.

WHERE DID THE 5 QUINTALS GO?

So all the manhandling you saw in Rajya Sabha; the Opposition doing a sit-in; the demonstrations which would fill our streets, Corona or no Corona, is for this 5 Qunital only.

That’s why you have middlemen losing their sleep; politicians heaving their ample chest; and pen-pushers, the “champu sena”, keeping their part of the bargain with their “masters.”

This brings me to Indian Express of today. It has a front-page story—“Back farmers’ demand to legalise MSP as floor price, says ally JD (U)”—which is not at all the ally has said in the text. Indeed, it has supported the farmers’ bills. But then Express is genetically flawed; it won’t be fed till it serves up an anti-Modi government story to its masters. These days it’s not even keeping the pretence of journalism to its propaganda.

MSP of course is Minimum Support Price to farmers for their agri-produce. This is a major plank of Opposition—to stoke up farmers’ fears—that the new farm bills could cost them this security. So, the “champu sena”, day-and-night, is drumming up in farmers’ ears that if the Modi government was serious, it would turn MSP into a law.

So tomorrow, if I sell my Bajra at Rs 3.000 quintal in my state as MSP, I can’t get an inflation-adjusted price because MSP is now a rope which would be used to hang me up with. You simply can’t have a law on products which are governed by market laws. And what about new competition, new products, new players which would invigorate our farms in India?

The other “fear” which this “champu sena” is stoking up is that the new farm laws would mean the end of “mandi.” Even as the Modi government is at pains to stress that “mandi” would remain and all farmers now have is the additional option of E-commerce where they could sell their produce to the highest bidder in any part of the country and not just to a specific “mandi” in neighbourhood.

But no, these shameless liars, these politicians and journalists–who never made MSP into a law when they ruled the nation for decades, nor the other shed its crocodile tears in print as they do now—would stop at nothing. Every visit to the President, every night-stay in the lawns of Parliament, every demonstration, well-coordinated with the “champu sena” of Lutyens Media, is intended to fool farmers and the nation.

Maybe, it could win them a few extra seats in Bihar elections. Maybe, if it grows wild, Mamata Banerjee would improve her chances in West Bengal elections early next year. Maybe, Sonia and Rahul would return in time to catch the wave of national outrage. Nothing better if demonstrations turn violent; buses burnt, houses torched, lives lost.

These are the scums who work overtime to rule our mind and consequent actions. Like with mask, find a way to keep them at safe distance.