To a Hindu child, Kashmir Valley even in the 70s was a nightmare 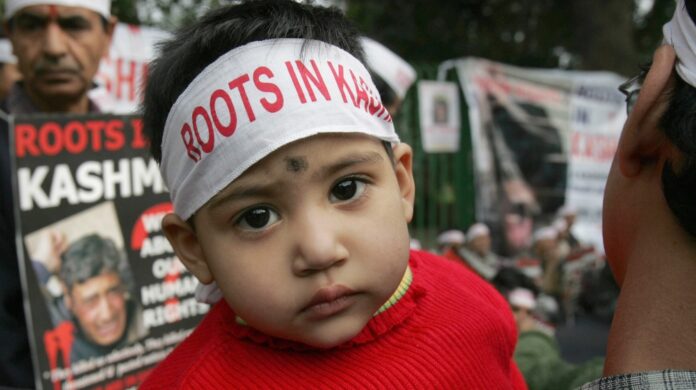 It was the summer of 1973, if my memory serves me right, when my father got his transfer orders to Srinagar. My father, working in Central government department, got too excited to get the postings to this coveted place. I recall very distinctly my father’s jealous colleagues asking about his ‘connections’ to get this plum posting.

Kashmir, for a child of 10 years old, was heaven where actor Shammi Kapoor lived. Daily evening, before we moved to Srinagar, we (our family) used to hear peans about  Mughal gardens from my father. Our entire family was so excited to be in the “heaven” which is the envy of rest.

Cut to a week later. I got admission in a neighbourhood school in class Vth, just about one kilometre away from our rented home at Balgarden colony. As the admissions in schools were closed in all big schools like Biscoe school, Woodlands School at hilly Gupkar Road, my father got me admitted in a nearby school assuring himself more than me that in next session I will get admission in some renowned school.

My first day in the school was my first brush with the stark realities of life as an outsider and as a Hindu in Muslim dominated surroundings. I was bluntly asked on the first day in the school by my informed class-fellows whether I was a Hindu and a Punjabi. The brunt of supposedly generational animosity between the Muslims of Kashmir and Punjabis was directed at me. And I, to create my own space, challenged them to have a bout of boxing during recess period.

The innocence of a 10-year-old was trampled upon by the piercing eyes of the people on road, who tried to judge your religion, whenever he stepped out of home to school. The change of treatment to us, the outsiders, was palpable. During the coming years, I felt discriminated against by shopkeepers, bus conductors and even general public. I heard many a times apple vendors telling my father to purchase fruits from Delhi when he asked the sellers for asking exorbitant rates.

Few incidents rattled my thoughts and changed by perspective for my life. The reader may find it unbelievable but on one occasion, I and my brother, on our way back to home from school were ‘gheraoed’ by boys of our own locality and they checked our pockets for money. The incident may look like an ordinary crime but it had communal innuendo.

But the most shocking and inhuman behaviour I witnessed when a bier of Kashmiri Hindu family was passing, chanting religious hymns, my teammates stopped playing and slowly whisked themselves away from the distant procession. We boys, aged between 13 and 17 were playing cricket in the park. Seeing them coming, the boys stopped playing and collected at the farthest corner of the ground and started giggling. Ridiculing even the death of a human just because the deceased belonged to Hindu community. I was aghast to watch them giggling at the mantras.

Next year, my school was changed and got admission in a far located Woodlands school.  The school bus dropped me at Batmaloo bus stand, near my home, following a safer route through main road.

One day, the students of two buses were put together in one bus but had to adjust to an expanded route, through the downtown lanes of thickly populated areas of Kani Kadal and Safa kadal. This was going to be my first circumambulation in those areas. As the bus neared those areas, the teacher in the bus asked the students to shut the bus windows. As I was new to the area and could not comprehend the intention of the command, I kept the window opened ajar. Suddenly something struck at the window and few drops of liquid fell on my face and body. The bus driver kept the bus moving. Though the liquid was plain water, the scared teacher scolded me that did I not know about the area. Later, I was told by my classmate, incidentally a Muslim, that as the bus transverse these localities, the jealous poor children who can’t study in ‘good’ schools throw water etc on buses.

It may be mentioned that these areas in downtown are totally occupied by Muslim natives.

The discrimination and hatred I encountered were many which one could smell on streets and roads. Once, as I recall, I went to get air filled in my cycle to a cycle mechanic shop. The moment I touched the air-pump, the shopkeeper shouted,

‘Ek rupeya lagega’. When I protested as filling air was free, he shot back, ‘Hindustan jao, wahin bharwao hawa ‘.

My father got his next posting in 1977 and we left Kashmir, never ever to return. But the memories of the discrimination still haunts me. The scar of those experiences of adolescent years are still fresh in my mind and soul.

The chapter does not end there. Rather this was the beginning. The hatred was probably fuelled by separatist ideologies of some local leaders and later financed, militarily trained by Pakistan which culminated in ‘Exodus 1990’ of Kashmiri Hindus. The story of terrorism, local and Pakistan-sponsored, as well as deaths of tens of thousands of Indian soldiers are too well known to everybody.

The fault-lines, similar to those in Kashmir of mid- 1970s are being felt in India now. Whenever an old Sadhu is beaten to death in Palghar, I reminisce my times in Srinagar. When a leader of ruling party in Delhi is blamed for riots and killings, I can draw parallel with some incident in Kashmir of mid 1970s. The killing of members of ‘majority’ in Bengal can find a similar reference in Kashmir.

And here too, the politicians are indifferent, media silent and majority community oblivious of lurking danger. Kashmir took about 15 years to reach Jan 19, 1990.

(As recounted to the author by a friend who grew up in Srinagar but doesn’t want to be named as he is in armed services).