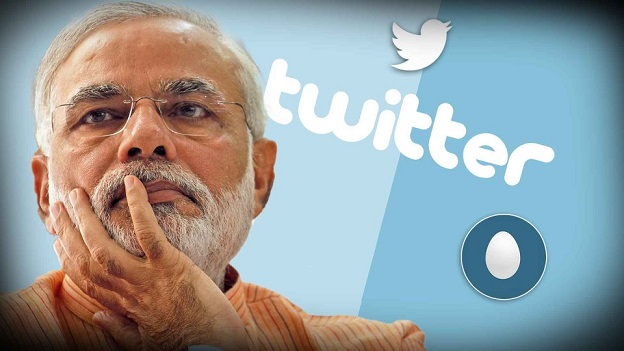 It’s happening in the United States but it concerns all of us. President Donald Trump has passed an executive order to “censor” Social Media. If it passes the legal test, the current immunity enjoyed by Twitter, Facebook, YouTube, WhatsApp etc would be stripped bare. If they lose freedom, what chances you and I have on our “freedom of expression?”

Trump was livid. He termed it selective censorship. Twitter, the president said, was making “editorial decisions.” In essence, it doesn’t make Social Media a neutral platform. They are publishers, like other media houses and must come under regulations.

“They’ve had unchecked power to censure, restrict, edit, shape, hide, alter virtually any form of communication between private citizens or large public audiences…We cannot allow that to happen…in these moments, Twitter ceases to be a neutral public platform – they become an editor with a viewpoint,” said Trump, adding his comments don’t exclude other media platforms such as Facebook, Google etc.

Is Trump wrong? Probably not. What Twitter censors by Trump would look extremely scandalous if Twitter was owned, say by a Chinese company. How can Social Media censor views on local election process, that too of the US president, when there are legitimate grounds for his comments? The New York Times in 2012 had reported “fraud” in postal ballots. Washington Post is on record for stating that “no one questions the mail-in ballots have much higher rates of not being counted.” Twitter’s action does curtail “freedom of expression”. Social Media today has the power to shape truth in the image they want. Democracy won’t have the diversity it preens upon.

Trump’s order aims to turn Social Media platforms as regular publishers. It means they could be bogged down by lawsuits. It could, and should, flag down racial and religious bigotry; terrorism and pornography etc. But Social Media giants ought to have no role in censoring people’s opinion. More so, political opinions.  Trump has accused twitter of “doing nothing about all of the lies and propaganda being put out by China or the Radical Left Democratic Party (i.e. his rival Joe Biden).”

It could well be that Trump’s executive order falls flat on legal count. But Social Media giants can’t have unbridled freedom. They are being hauled up, for instance, in Europe and Australia; the latter quite close to labelling Social Media platforms as media outlets. They derive commercial benefits on disseminating news content. Their usage of people’s data has long been in regulators’ crosshairs. There are wide-ranging antitrust probes against them. They are no innocent bystanders.

Twitter presently is asserting its power to “curate” the content So, tomorrow, if the Indian prime minister Narendra Modi was to say that Congress can’t hold a candle to Rashtriya Swayamsevak Sangh (RSS); or that Mamata Banerjee is supporting Jihadi elements in Bengal; or that he is worried about attacks on Sadhus; or that he is surprised to learn that below Babri Masjid remains of a temple has been found, could Twitter “fact-checks” and blocks those tweets? Is Twitter now the new “arbiters” of truth? And if they think they are, shouldn’t they be deemed as media houses and suitably brought under legal purview? Who is to say they are being neutral and not biased?

In the Indian context, just imagine the size we’re talking about. Between Facebook and WhatsApp, there are 700 million users. YouTube has 265 million users: twitter 14 million. It’s an enormous power to wield if the Social Media giants choose to be the arbiters of truth as they see it. If tomorrow, the Indian government follows Trump’s example, how would we react? In the name of “freedom of internet” would we be helping or breaking the India we know?