While defending Rajiv Gandhi, Congress has stirred up a hornet’s nest 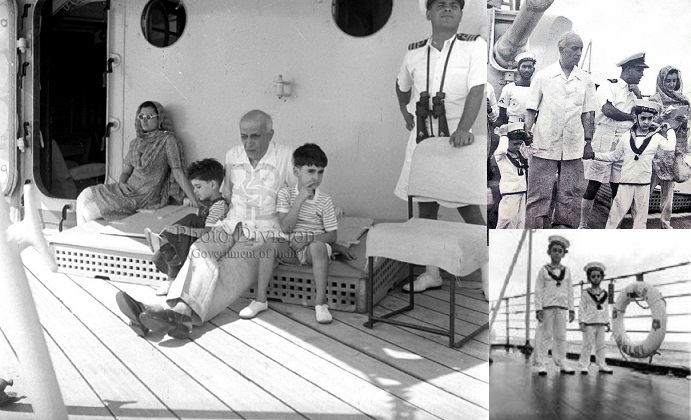 It’s raining bricks and only bricks for the Gandhi dynasty as Prime Minister Narendra Modi has retaliated with a ferocity once Congress dynasts and the rest of the opposition launched a virulent attack against him on naming former Prime Minister Rajiv Gandhi as “Bhrashtachari No. 1”.

First came the Modi outburst in a public rally in Kurukshetra, Haryana earlier this week in which he spelt out the various abuses which Congress and its leaders have hurled at him in the past. “They even asked who’s my father in an apparent insult to my mother,” an anguished Modi had said.

Now, comes another charge against Rajiv Gandhi: That he took his family and friends for a 10-day vacation to Lakshdweep Islands on INS Virat in 1987. “Was it not compromise on national security (since INS Virat was taken off its maritime protection duties)” asked Modi in a rally at Ramlila Maidan in New Delhi on Wednesday.

Tearing into Gandhis, Modi said: “I want to tell people of our country about those who actually treated our armed forces as their personal property. Former Prime Minister Shri Rajiv Gandhi took his in-laws, their family members and their friends from Italy to a personal holiday on a Naval warship INS Virat.”

Accusing the Congress of compromising with the national security, he continued, “At the time when naval warship INS Virat was stationed for protection of maritime boundaries, it was taken off its duties to take Rajiv Gandhi and his Italian family and friends for his excursion and holidaying. Was it not compromise on national security?” He further added that the holidays continued for 10 long days and the national carrier was parked at Lakshdweep islands for those many days, for the services of ‘Naamdaar’ family.

Charged PM Modi : “The Navy was made to host the Gandhi family and Rajiv Gandhi’s in-laws, and a helicopter was also deployed in their service…Even Navy personnel were put on service of Rajiv Gandhi and his family…”

That was in 1987. The event was reported in Lutyens Media as a “national event” where a PM tired by the frenetic pace of politics needed rest and recuperation. A team of bureaucrats was assigned to discover a “virgin” island, and a place which is farthest from a security threat. Thus a place called “Bangaram” in Lakshdweep Islands was discovered. The official machinery then went about setting it up for the visit of the “royals.”

The list of privileged invitees included four friends of Rahul and Priyanka, Sonia Gandhi’s sister, brother-in-law and their daughter, her widowed mother, her brother and a maternal uncle. Union Minister Arun Singh’s brother Birender Singh and his family too graced the occasion. Two other foreigners completed the party.

India’s premier warship was put in service for transporting Gandhis  and their stay in the Arabian Sea for 10 days. The astronomical daily expenditure was just swept under the carpet since INS Virat moved with an entire retinue of escort ships. A submarine was also reported to be in attendance merely to suit Rajiv’s holiday plans. Considerable huge expense was also incurred in setting up a special satellite link up at Agatti for the duration of the holiday. All the expenses were ignored and also ignored was the threat to national security.

This was not one of its kind indiscretion on the part of Nehru-Gandhi dynasty. After being inducted in Navy in 1948 as HMIS Delhi and rechristened as INS Delhi in 1950, Nehru took his family to Indonesia on an official visit on this ship. Her daughter Indira Gandhi and her small kids Rajiv and Sanjay used the official machinery for this official visit.

Rajiv Gandhi thus all of a sudden is dominating Indian politics discourse. First the Prime Minister Narendra Modi called him “Bhrastachari No. 1” in obvious reference to his role in Bofors scandal. His kids, Rahul and Priyanka Gandhi, as well as other Congress leaders and other opposition heads, had then waded into troubled waters and accused PM Modi for not respecting “Mr Clean”, that is Rajiv Gandhi.

Modi, in its wake, raised an important point to which Congress and Opposition so far has had no answer. Modi had said if parties can ask for votes in the name of their former leaders, they should also be ready if the searchlight of scrutiny is put on those departed leaders.

Independent social media has been on fire since then citing numerous acts of Rajiv Gandhi’s acts of omission and commission. Not only Bofors scandal but mention has also been made of “pogrom” of Sikhs in 1984 following the assassination of Indira Gandhi; the over-riding of Supreme Court decision on Shah Bano case; the fiasco of military adventurism in Sri Lanka civil war in which 1200 Indian soldiers laid down their lives and the state patronage to Warren Anderson after gas leak in his Union Carbide factory in Bhopal, killed and disabled thousands of people.