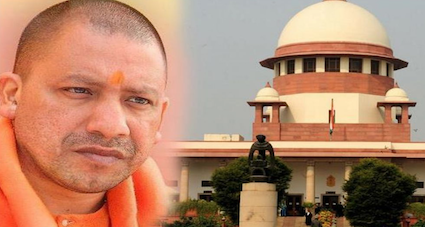 I am neither a lawyer nor a Constitutional expert. I nevertheless hope the Supreme Court sees how its two recent rulings could be viewed by the common citizen.

On January 5, there was a security breach in Prime Minister Narendra Modi’s visit to Punjab for an election rally.

It was a grim error, putting at risk the life of India’s most prominent executive. Someone had erred, whether by laxity or design deserved to be probed Supreme Court acknowledged the same.

The Union Home Ministry moved to hold the errants to account. Not just the farmers blocking the road, there was also a market “running” as usual while the Prime Minister was stuck on a nearby bridge.

But the Supreme Court stopped them, as well as an internal probe which Punjab had planned to conduct.

On January 11, the Supreme Court appointed a committee to look into the grievous matter. But it didn’t specify the deadline by when the committee should submit the report. This committee has only now made its first visit to Punjab, on February 7, almost a month later.

Clearly Supreme Court overlooked the necessity to bring the truth out with some urgency.

There is a State government which could’ve be complicit in the security breach.

They needed to be shown as such and it would have helped voters—and India—to make an informed choice in Punjab assembly polls this month.

After all we are talking of a State which has been in news for subversion from across the border on a secessionist movement, not to say the drugs and arms which are smuggled across in profusion.

The safety of nation’s prime minister being put to danger was as serious as matter as they come.

My angst, as I wrote in a column then, was that without any deadline for this committee to furnish its findings, it could—and would—arrive after the Punjab assembly polls are over on February 20.

That being so, now the news has come that a bench of Supreme Court, headed by Justices DY Chandrachud and Surya Kant, have come down heavily on the Yogi Adityanath’s government for ignoring its order in fining a few accused in the anti-CAA riots.

In Justice Surya Kant’s words: “If you are not going to listen, then be ready to face the consequences. We will tell you how the Supreme Court judgements need to be followed.”

The bench has asked the UP government to quash the order by February 18 or face the consequences.

The Supreme Court was reacting to a petition seeking quashing of notices sent to alleged protestors for recovering losses caused by damage to public properties during the anti-Citizenship Act (CAA) agitation in Uttar Pradesh.

The bench was angry that the Uttar Pradesh government had appointed an additional district magistrates (ADM) instead of the judicial officers in claim-tribunals as it had been its stricture.

The Supreme Court, by asking the Yogi government to quash its order of appointing ADMs on fining the anti-CAA protestors latest by February 18, has chosen a moment which could upset the outcome of ongoing UP assembly polls.

By February 18 only two of the seven phases of the elections would’ve been over. If UP government is shown in a poor light, it could hurt the chances of ruling dispensation of BJP and boost the ones of its Opposition.

So on a matter of two assembly polls, the one ruling dispensation in Punjab stood to benefit with the result of the finding coming after the elections. In Uttar Pradesh though the state government is being held accountable in the middle of polls.

There are a couple of other instances where the Yogi government has been made to lose face recently.

One was the incident in Lakhimpur Kheri, where eight people died, and where the Supreme Court took a Suo Moto notice and expressed in no uncertain terms its lack of confidence in the local probe.

Second was Supreme Court clamping down on “Kanwariya Yatra” last year for fear it could be a super spreader of coronavirus. It stood in sharp contrast to its ambivalence in Kerala where the state government didn’t curb down the festivities on Eid the same week.

When citizens see that a matter as grave as PM’s security is given a long leeway while the anti-CAA protestors rights are defended with alacrity, they could have its trust in the apex court diminished.

It wouldn’t be good for the moral authority of the judiciary. Once the trust of citizens goes, it’s a leap into anarchy for this country.