China moves to turn Iran into a client-state; stakes up for India 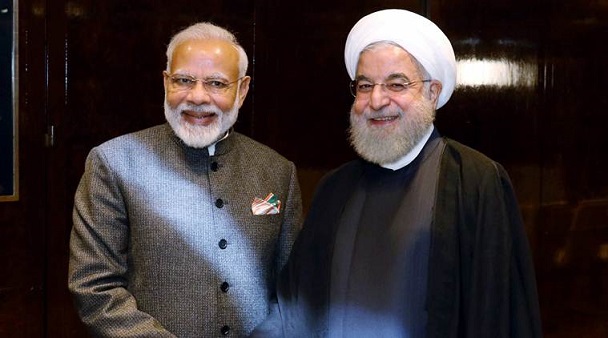 India would watch with concern a blood-pact in the making between China and Iran which could mean trouble both at home and abroad.

China put an agreement in place last month which would virtually turn Iran into a vassal state. Tehran is already in bed in wild anticipation, once its parliament approves the union.

The 18-page agreement, accessed by the New York Times, involves 100 projects worth a staggering $400 billion. China would get discounted oil for next 25 years and in exchange would pepper the Persia of old with subways, high-speed railways and airports. There would be free-trade zones in strategic locations, including two which would overlook the critical Persian Gulf (Abadan) and the Strait of Hormuz (Qeshm).

Iran plans to hand over Jask, a port just outside the Strait of Hormuz, to China which is the vantage point through which most of the world’s oil transits. India, which imports 84% of its oil, has reduced its dependence on Middle East in recent years but it still accounts for 65 per cent of its needs. Saudi Arabia and Iraq are two of its biggest oil suppliers from the Middle East.

China has a string of ports in Indian Ocean, such as Hambantota in Sri Lanka and Gwadar in Pakistan, and now soon in Jask, which puts New Delhi at unease on its energy and security needs, if China was to block the free seas and give these ports a military makeover.

It also messes up the Chabahar port on the Gulf of Oman which India has helped build and now controls since 2018. India has soaring ambitions of turning this base into access to Central Asia and much of Eurasian landmass, through a mix of sea-land routes, not to say oil pipelines, bypassing the physical barrier of Pakistan on its north-western borders (see image).

Now India is hemmed in on its north and west flanks by two enemies and in between are the impassable Himalayas. It would be increasingly reliant on the military muscle of the United States for its freer access to seas upwards.

The United States would be no less alarmed by China’s move on Iran. It had sought-and controlled—the Middle East for decades since the World War II. Now its Fifth Fleet, based in Bahrain in the Persian Gulf, could face China’s build-up. Its warships have regularly tangled with Iranian fleets in the busy sea lanes of the Persian Gulf.

The proposed deal also makes a nonsense of the United States sanctions against Iran under the Trump administration, which had brought Tehran on its knees with crippled oil supply and blocked access to world’s financial highways. China, it seems, has braced itself too for the US economic sanctions which are inevitable in the wake of this agreement and would intensify the trade or covert war between two of world’s biggest powers.

The agreement also outlines China’s plan to help Iran build its 5G telecommunications network, riding on its major player Huawei. The Trump administration has barred Huawei from the United States and India is set to do the same under prime minister Narendra Modi.

India’s ties with Iran have plummeted in recent months. The Iranian foreign minister Javad Zarif had made inflammatory remarks on the CAA and on Delhi riots in February for which it was rebuked by the Modi government. India has the second highest number of Shias in the world after Iran. India’s Shias have been a moderating influence on a virulent Muslim section in India.

The document also outlines military cooperation, joint training, exercises and research besides intelligence sharing and manufacturing weapons. The military ties between China and Iran have only scaled up in recent years. The Chinese navy has participated in military exercises in Iranian waters at least three times since 2014.

Then there is the Russia factor. Moscow is India’s biggest defence importer but if asked to make a choice, it would look after China’s back than of India. It is India’s oldest and most reliable friend but the ties now are facing its litmus test. The clincher would be the supply of S400 missile system in 2021 which India is committed to buy and the United States is determined to prevent. It would be a make or break moment for India-Russia ties, at least in the immediate future.

The second Cold War is unfolding. In its first version, the United States and Soviet Union were ranged against each after World War II, in the battle-lines drawn by the NATO and the Warsaw Pact in the European theatre, their respective allies in the neighbourhood of Central-Latin America and Eastern Europe-Central Asia visible in plain view. The contours of the second Cold War is no less apparent. The United States and China are snarling at each other, with Indo-Pacific and the Middle East the two most likely flashpoints. The stand-alone moment for India is gone.