How to break the back of India’s Left-wing ecosystem 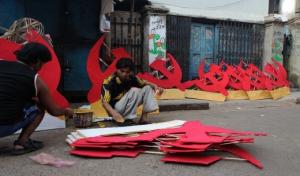 (This article is nearly three years old but remains acutely relevant. NewsBred publishes it with gratitude to LiveMint and its’ author Rajeev Mantri, who is a co-founder of the India Enterprise Council).

The fracas surrounding the events at New Delhi’s Jawaharlal Nehru University (JNU) has once again ignited debates about freedom of expression, India’s education system and the exercise of state power.

Economist Sanjeev Sanyal wrote about the inescapable sway of Left-wing ideology across intellectual life in India. Not only does the Indian Left enjoy state patronage and a pervasive grip on academia, it has a long history of being viciously intolerant towards contrary viewpoints. Economist and member of Niti Aayog  Bibek Debroy had recounted how renowned Columbia University trade economist Jagdish Bhagwati was forced out of Delhi School of Economics in the 1950s. As Sanyal writes, “The Left dominance over the intellectual establishment has its roots in the systematic ‘ethnic cleansing’ of all non-Left thinkers since the 1950s…the result of the systematic cleansing was that there were no non-Left academics remaining in the social sciences field in India by the early 1990s.” Sanyal closes his article by saying that “there needs to be a wider national debate about bringing greater plurality of thought in India’s intellectual establishment”.

The intolerance of the Left is nothing new. Such is the hypocrisy of those who wail about freedom of expression that while JNU’s student activists demand tolerance when they call for more individuals like convicted terrorist Mohammed Afzal to emerge from every home—something eminent jurist and former attorney general Soli Sorabjee said would qualify as “incitement” and “was not a borderline case” under current Indian law—the supposedly open-minded and freedom-loving student community railed against Baba Ramdev when he was to address a gathering at the JNU campus.

In the political sphere, Left parties have employed incredible violence to achieve their ends. According to an article in the Mainstream Weekly published in 2010, the Communist Party of India (Marxist)-led Left Front coalition that governed West Bengal from 1977-2009 committed over 55,000 political murders.

Centre for Policy Research president Pratap Bhanu Mehta waxed eloquent on constitutional patriotism and liberal democracy in a column castigating the government for its actions at JNU, charging the government with threatening democracy itself. For all the frothy, highfalutin prose about freedom of speech, Mehta failed to muster the courage to speak for the free speech rights of firebrand politician Kamlesh Tiwari, who enraged members of the Muslim community because of his comments about their prophet, and was promptly jailed. Celebrity TV anchors and the liberal intelligentsia bleating today about press freedom also looked the other way when Shirin Dalvi, an editor of Urdu newspaper Avadhnama, was arrested for re-printing the Charlie Hebdo cartoons. Dalvi subsequently lost her job and the newspaper had to be shut down.

Constitutional patriotism isn’t an absolute moral philosophy that lives in a vacuum—it exists in the context of India’s Constitution. Try as they may, the reality is that our Constitution is far less liberal than our “liberals” would like to pretend. It expressly does not allow for unrestricted, absolute freedom of speech. Yet, it is the norm for Indian liberals to outrage when it is convenient to them—and pretend they are being constitutionally patriotic—even as they never dare make the case for injecting greater liberalism into constitutional statute.

Those who advocate for freedom of speech cannot be selective. Selective outrage in the JNU case signals that it is acceptable to suppress free speech to appease members of the Muslim community, but speech cannot be suppressed to assuage those against the organized advocacy of India’s disintegration. What does that say about the biases of India’s “liberals”, and their commitment to principle?

But it is tiresome to repeat the charge of hypocrisy against the “liberal” clique. The greater project for the Indian right remains how to impair and cripple the entrenched Left-wing ecosystem. Such impairment is a worthy pursuit, for a panoply of Left-wing ideas in society and the economy have been tried for over six decades since India’s independence, with unsatisfactory results to put it mildly: on a per capita basis, India remains among the poorest countries in the world, despite its wealth of human and natural resources.

As Sanyal was careful to point out, it is not that “the overwhelming dominance of the Left should be replaced by a similar dominance of the Right”—what India needs is a marketplace of ideas, and like for any market, one certainly cannot expect the incumbent force (that is, the Indian Left-wing) to willingly cede space to new entrants.

This is where the Bharatiya Janata Party (BJP), as the political vehicle for the Indian right-wing, is screwing up monumentally. Its approach so far has been to use the agency of state power to replace left-wingers with right-wingers. This was the same approach that the previous BJP-led government under Atal Bihari Vajpayee had adopted. It failed then, and will fail this time too.

The truth is this isn’t even a strategy—it is a reaction. BJP needs to move from reactionary, knee-jerk responses precipitated by random events to putting in place a strategy that systematically undermines the power of this decades-old ecosystem. The solution is straightforward—this task is better executed by society’s initiative rather than state fiat. If the education market is opened to competition, the castles built by the Left which require state patronage for sustenance will collapse on their own for they have no real moats—government protection is the moat that is keeping them in business.

This would entail, for instance, transferring responsibility for the management and administration of all central universities to boards of trustees composed of the institution’s alumni, requiring institutions to raise funds on their own, pushing them to create and manage their own endowments, enabling institutions to define their own academic curriculum and personnel compensation strategies, allowing foreign universities to set up campuses in India, permitting for-profit schools and universities, and reallocating government funding to individuals rather than institutions in the form of scholarships and student vouchers.

Such reforms would invite massive pushback from the special interest groups that would be hurt by the changes. These groups may include teacher unions, left-wing activist organizations and sponsors of minority-run institutions, who enjoy much more freedom already thanks to their minority status. But taking on the pushback has both short-term and long-term payoffs—the neo-middle class, to use Prime Minister Narendra Modi’s coinage, is a far bigger group that would benefit from competition in the education sector. The growth and prosperity of this group is incontestably in the national interest. This neo-middle class pays a heavy price from the protection afforded to special interest groups in education.

Inarguably, nothing matters more to Indian parents from any strata of society than providing a good education to their children. Whether it is admission for kindergarten, school or college, practically every middle class Indian family—and every Indian family that aspires to join the ranks of the neo-middle class—suffers severe stress to obtain access to education for their children. On the back of the demographic dividend, demand for quality education far outstrips supply. Corruption and bribery is rampant, and even reputable private institutions (including those run by the minority community under special rules) frequently extort under-the-table money from hapless, helpless parents in exchange for admission to their wards. Once again, it is not the rich that are hurt the most, but the poor and middle classes. Those who can afford it send their children to study abroad.

As there is increased competition with liberalization, left-wing citadels will be forced to adapt or they will fail. Moreover, there is little reason to fear the pushback inevitable when pursuing the liberalization agenda because the pushback is happening in any case, as BJP governments at the Centre and in states clumsily attempt to appoint right-wing individuals in place of left-wing individuals. The difference is while short-term political costs are incurred by the current approach, no long-term benefits are accruing.

The most effective way to ensure the long-term impairment of India’s entrenched Left-wing ecosystem is to throw open the education market to competition. It is also the cheapest, for it would not require expending government revenue, which can be invested to improve India’s national defence and security, alongside providing for the welfare of the poorest through direct benefit transfers. The economic rationale and political calculus for liberalizing higher education is self-evident—it is the will to drive structural changes that has been absent from the Narendra Modi government.