Pakistan is given but why everyone in neighbourhood is learning Mandarin? 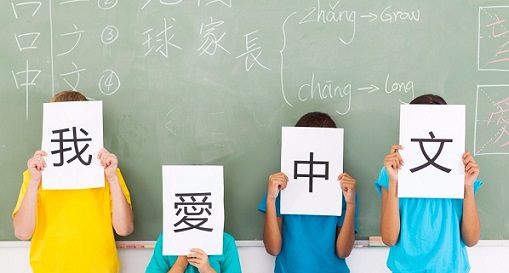 The Karakoram International University, in Gilgit, PoK, is conducting classes in Mandarin  which are sponsored by Pakistani military and are mainly attended by the indigent students. The classrooms are decorated with hangings showing Chinese mountains and lakes while a Pakistani armyman, with a loaded pistol, sits on the last bench, taking notes of the progress of the class which will be later be reported to the headquarters.

“Previously, students were more inclined toward English,” Muhammad Ilyas, the director for the university’s Institute of Professional Development commented: ”Today, that’s changing, as young Pakistanis increasingly gravitate toward Mandarin in search of jobs and degrees”.

The Pakistani establishment is like a  tricephelic cobra having three heads – Government, ISI, Army –believe to have found an ally in enemy’s enemy. An ally which saves them from the tightening noose of FATF, which defends terrorists like Hafiz Saeed at the UN, which echoes the Pakistani voice on Kashmir. The Chinese, a hardened negotiator that it is, has bartered with creeping in of its language and culture in radical Pakistan.

In 2013, China inked a $60 billion pledge to build what’s known as the China-Pakistan Economic Corridor (CPEC)—a network of roads, pipelines, power plants, industrial parks, and a port at Gwadar. CPEC is part of Belt and Road Initiative (BRI) which criss-crosses through many Asian, African and European nations in order to establish Chinese trade supremacy over seas and lands trade routes.

Prior to Pakistani Prime Minister Imran Khan’s trip to China this summer, the Chinese ambassador to Pakistan, Yao Jing, claimed to have generated 75,000 jobs for Pakistanis. The Karachi-based Applied Economics Research Center and Pakistan’s Planning Commission say that in the next 15 years, 700,000 to 800,000 jobs may be created under CPEC, largely in the infrastructure, energy, and transportation sectors.

Pakistani youths are made to believe that investing in Mandarin would open floodgates of job opportunities with the Chinese. “Chinese has become as important as English to learn,” Sherullah Baig, a student in Gilgit opines. The military provides free accommodation and tuition to attend three levels of Mandarin classes to the students. Almost everyone in his course joined because of CPEC; Baig’s classmates are a mix of engineers, teachers, retired army officials, and fresh college graduates.

In the past, English was the sole language of social upward mobility in Pakistan, both a relic of British colonial rule and a means of accessing Western markets, educational institutions, and jobs. Now, Mandarin has become the “hot new trend and English is no more a language for upward suicidal mobility” said Abbas, the Mandarin instructor in Gilgit.

In a hatred so drenched deep in Pakistan’s political, social, religious, military psyche against India, they have turned a Nelson‘s Eye to China’s  exercise of using its soft power through the dissemination of Chinese language and culture. Thailand is one example where Mandarin language education has seeped into universities, vocational institutes, the Royal Palace Secretariat, and even the immigration bureau.

Malaysia too has burnt its fingers off Chinese projects, citing fears that repaying the loans could plunge Malaysia into bankruptcy. The case of Sri Lanka, where a failure to pay Chinese loans spurred China to seize Hambantota Port.

Nepal is the latest entrant where Mandarin is being introduced in exchange of ‘economic packages’. In all these economies, China has unleashed its cultural and linguistic propaganda.

In August, in its annual report to Congress, the U.S. Department of Defense warned that BRI might is a tool for advancing China’s political or military agenda.

The growth of Mandarin-language learning in Pakistan is fueled by direct funding from the Chinese and Pakistani governments. There is a mushrooming cottage industry of private teachers and institutes claiming to provide “the Chinese edge,” especially in PoK.

All they look for is corrupt regimes

The Chinese strategy is simple to comprehend. In their zeal to expand the might of their culture and language, the Sino creep into vulnerable countries with a promise to boost their fledgling economies and /or giving military support. And before the targeted country could perceive the demonic designs of Chinese Communist Party (CCP), they find themselves under huge debt, Mandarin schools mushroomed and a palpable Chinese influence in their respective societies. And CCP target their prey with precision. The pre- condition: The governments should be weak and corrupt.

We witnessed this in Pakistan, Nepal, Sri Lanka, Maldives, Namibia and host others.

The 278-page report by the “Committee for Power Sector Audit, Circular Debt Reservation, and Future RoadMap” listed malpractices to the tune of 100 billion Pakistani rupees ($625 million) in the independent power generating sector, with at least a third of it relating to Chinese projects.

A lack of transparency regarding the terms of CPEC loans and investments still worries many Pakistanis. There is no transparency in CPEC expenditure and accounts. Just recently Lt Gen (R) Asim Bajwa, Prime Minister Imran Khan’s key man and CPEC chairman, has been accused of corruption.

Now, it seems, Chinese investments have become a new liability. The International Monetary Fund (IMF) has been pushing Pakistan’s officials to raise taxes and power tariffs, effectively asking the Pakistani public to foot the bill for China’s rapacious practices.

“The United States and Western financial institutions should not help Pakistan’s ruling elites in their own and China’s predatory behaviour. The people of Pakistan deserve better”, says Husain Haqqani, former Pakistan’s Ambassador to US from 2008 to 2011 and now a Director for South and Central Asia at Hudson Institute.

There are some express scepticism about bullish job creation figures. “The jobs are an illusion,” Ahmad said. “People believe they can get a job, so maybe they should learn the Chinese language. And I always ask them, ‘If that’s so, why are there still unemployed Chinese? They have to first give jobs to themselves, and then they will give them to you.’”

Hasan Nisar, a respected intellectual and a critic, in one of his TV programs said, “This slogan of Sino-Pak friendship of ‘higher than mountains, deeper than oceans, sweeter than honey: is all Bull-Shit. Remember there was a time when Hindi-Chini were Bhai – Bhai.”.