Swarajyamag, OpIndia: Who are their counterparts in world? 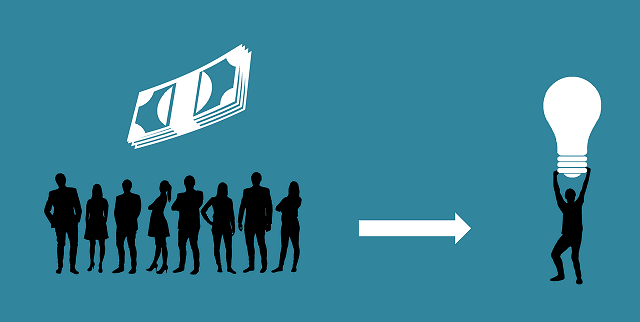 You are fed lies by the mainstream media.

They told you Iraq had Weapons of Mass Destruction (WMD).

They lied you about reasons to invade Libya.

That the revolution in Ukraine was people’s movement as it is in Hong Kong and Venezuela.

That Syria’s Bashar al-Assad is despotic but Saudi Arabia is benign enough to be heading the UN Human Rights Commission!( This when Saudi Arabia in 2015 beheaded more people than ISIS)

That North Korea is a terror to the world even though it hasn’t attacked a single country all these years.

Iran is an eyesore even though it was faithful to the pact it had with the West and now millions of its citizen face starvation because of the US-inflicted sanctions which are not UN-mandated.

You never come to read the macabre truth of Africa where regimes are overturned and humanity is butchered every day as imperialists eye their land, labour and resources.

Russia is certified aggressor even though it’s NATO which is encircling the beleaguered land.

The truth on terrorism which US claims to be in fight against would make you lose faith in humanity.

They would never question why PoK was never an agenda in the Congress hegemony; they would never report on the gruesome murders and brutal rapes on Kashmiri Pandits; millions of infiltrators in our East don’t prick their journalism of courage; tens of thousands of soldiers killed by naxals and terrorists are not martyrs in their eyes but only a brutal face of a repressive regime; their umbrella of protection is big enough to shelter Congress, TMC, SP, BSP, RJD, Left and what have you. Lynchings are for Muslims; religious persecution is for minorities only. Why bother that an Ankit or Gudiya have also paid with their lives and that a temple was vandalized in the very heart of the Indian Capital not long ago.

Don’t for a second think that Western and Lutyens Media are unrelated. They are part of a network: sharing scoops (e,g Panama Papers), editorial pages and a clutch of celebrities and personalities who are agents of Liberal Order, implying in the garb of protecting freedom, human rights and democracy, they cause defiant societies to implode from within. They work on the faultlines: Like in India, the Lutyens Media loses no opportunity to blow up any terrible incident against a Muslim or a Dalit; work on the gender and North-South divide; scare minority against the majority; preach their own brand of secularism – all of which of course takes flight in States where Hindus are in minority and repressed; gender-divide which doesn’t include Muslim women and secularism which doesn’t extend for example to Kashmiri Pandits. They subvert India’s history and heritage; culture and legacy; where mausoleums are celebrated and sublime temples are ignored. Ghar-Wapsi is a calamity but thousands of conversions in the countryside are a matter of celebration.

This network feeds each other into a size of a behemoth. Lutyens Media din a BBC, New York Times, CNN or Time into your ears and vice versa; the news agencies such as AFP, AP and Reuters are the feeding pipes as are social media giants Google, Facebook and Twitter who dump searches, bury voices or slap bans against all those which run contrary to Liberal Order.

How do you arrive at truth? The “base camp” of course is the voices which never reach you. In India, you could look at following websites and reason out yourself which could be closer to truth:

Abroad, I can suggest a handful which are puncturing the mainstream narrative with facts, logic and reason:

Clearly the above voices are in the wilderness. They don’t reach you till you look for them. The biggest disadvantage is they are not mainstream.

What’s mainstream? Mainstream is the narrative which seamlessly weaves into your daily life. You accept the news beamed in your drawing rooms or the ones dropped in the morning in your frontyard is credible. They are credible because they speak of freedom, equality, liberty which appeals to human senses. (George Orwell had predicted long ago that good words would covey exactly the opposite meaning by ruling classes).  They are credible because everyone else finds them credible. You don’t want to be the odd man out. Lies constantly drummed become truth in due course.

How a sample of alternative media I have mentioned above could become mainstream? First admit the tall order because you are talking of dismantling the very narrative which you have been fed since you started walking. From your kindergarten schools to higher education to job, mainstream narrative becomes you. To unlearn what you’ve learnt all your life is difficult.

But truth like light has a way of shining through the pall of darkness. As 99% of the world become more dispossessed than they were in the 60s, they intuitively feel that Democrats or Republicans (US), Congress (India), Conservative or Labour (United Kingdom),  use the tool of Liberal Order to bond and feed on each other. Their goal is hegemony of the world, of our minds. Alternative views are systematically put out of sight.

It’s unlikely the alternative media could become mainstream. For that to happen, you first need to have a system (government, universities, academia, media) in place. That is most unlikely to happen. Liberal Order has monopolized lexicons of Liberty, Equality, Freedom and Democracy. You exposure on lies would be seen as conspiracy theories; your flashing of mirror in face would be dubbed whataboutery; you assertion of your culture and legacy would be labelled as one of a fundamentalist.

Narratives, however, do change when anti-mainstream opinions come to power, as it has in India (Narendra Modi), United States (Donald Trump) and Russia (Vladimir Putin) for example. They have been hoisted to power by millions of dispossessed and faceless citizens. Mainstream narrative willfully ignores them and they end up consolidating the alternative forces. It gives rise to foot soldiers–the websites I have mentioned above—to yank open the door further. There is a need to support these websites with funds and footfalls; provide a structure to what till now is an organic growth; organize seminars, institute awards, hold public dialogue vigorously. Have your own Nobel or Magsaysay Awards which are manipulated; Pulitzer or Booker prize which never gives space to alternative views.

Social Media is a good start but not a conclusive one as the Big Brother sooner than later would come back to bite you. So hold hands, spare time and money, and let the good word spread.