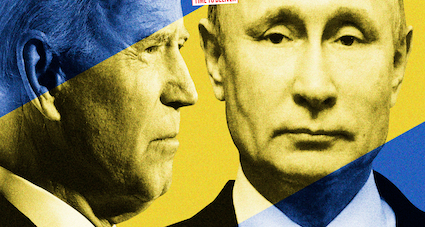 Time to tell a few things your favourite media doesn’t tell you.

Did you miss the US Secretary of State Antony Blinken wanting to speak to his Russian counterpart Sergey Lavrov in coming days?

As always the camouflage was to exchange POWs but the real reason wasn’t lost on those paying attention: Blinken also wanted to know from Lavrov “the plans that Russia now has to pursue the annexation of Ukrainian territory.”

This is the same Blinken who in April, when Russia’s aims were modest and a deal was palpable, had roared in triumph: “(We) Want Russia weakened to the degree that it cannot do the kinds of things that it has done in invading Ukraine.”

For good effect, Blinken had claimed: “Russia is failing. Ukraine is succeeding.”

Cut to July now: Blinken is seeking out Lavrov who has chillingly said: “Now our goals have expanded. We seek to claim more Ukrainian territory, beyond the Donbas.”

A look at World Map, please

Now I want readers to roll out the world-map with a pencil in hand: You know Mariupol is with Russia: So notice that Azov Sea is virtually with Russia and if you could spot the Kerch Strait, span how the entire Black Sea, and further the Mediterranean Sea, opens up to Moscow.

Now look closely at Caspian Sea nearby: The littoral states which surround it are Russia, Kazakhstan, Turkmenistan, Azerbaijan and Iran. The five held a Caspian Summit last month and vowed to ensure the Caspian Sea remains free of armed forces of all extra-regional powers.

Could you now run the pencil along the Volga and Don River in Russia and the canal between the two which connects to Azov and Caspian Sea.

And if the inland waterways of Russia are mapped, you see the connection going all the way up to Baltic Sea, and thus also Northern Sea: An access which allows Russia a freeway in both Atlantic and Pacific Ocean.

Naturally, the US or West is hurting. Hence Blinken seeking out Lavrov. In no small extent also after the US were kept out of door by Ukraine and Russia on a grain deal. Moscow gained applause from the world reeling under supply issues with food, oil, fertilizers etc. US sulked on the sidelines. Hence this urge to be a player in the game, somehow.

It is not the same Russia the West had vowed to destroy with sanctions and more sanctions, and what you have with travel bans and freezing of assets. The shoe now is in the other foot: Four governments in Europe have fallen while Ruble is having the time of its life.

Sanctions haven’t deterred Russia; it has only strengthened them to be expansive in goals. Sanctions, in a way, are counterproductive if the examples of North Korea, Iran and Russia are anything to go by.  A nation is awakened; self-reliance is summoned and they are out of claws of the predatory globalists with their “free trade” jargon.

Now a gung-ho Russia is sewing up the heartland of Eurasia with Iran in company and India at the other end. Along with Belt and Road Initiative (BRI) of China, and agreeable Central Asia, the integration of the biggest landmass appears a reality.

Sure, the implications are not lost on the United States. They don’t want any further strategic horrors which began in overstating the power of sanctions and being caught unawares when Russia planted itself in Kherson in souther Ukraine. They are queuing up in Azerbaijan to somehow drag it in its corner.

Now Russia is in no hurry to leave Ukraine which has lost 20% of its territory; about 3,000 of its villages and towns; half the GDP and a third of its coal production. Its access through its ports is at the mercy of Russian forces.

A New World Order is shaping up right in front of our eyes. The Hegemon for last century could fall for the “Thucydides Trap” and that is to initiate a war with its core enemies before it’s too late.

But one suspects it’s already too late. War or no war, the biggest power ever witnessed by the humanity is in irreversible decline. It would go, howsoever long and ugly is the process.