Shekhar Gupta, let’s see how much you know about snake-oil salesman 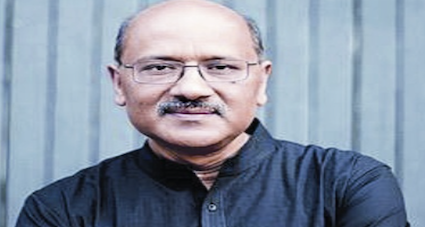 Propaganda has a book by the same name from Edward Bernays who guided the United States into both Great Wars. It’s a Bible to propagandists and a few of his pet theories you could spot in the “Posters Story” whipped by the purveyors of this art in India.

I doubt if you don’t know the background but, hey, I don’t need to save my breath for two lines:

On May 12 night, Delhi Police arrested a few from around the Capital, plastering posters in Hindi: Modiji, hamare bacchon ki vaccine videsh kyon bheji (Modiji, why did you send our vaccines abroad?). It’s been self-admitted to be a handiwork of Arvind Kejriwal’s AAP people.

On May 16, Shekhar Gupta posted his #50WordEdit at 2.52 p.m. It was within an hour to Rahul Gandhi and Priyanka Gandhi Vadra flaring their nostrils on social media. Congress “yes-mans” flooded the social media the same afternoon with their outrage. The common refrain was: India has ceased being a democratic country.

So here it is, Rule One of Propaganda:

For last five days, this “Posters Story” has remained in circulation. Normally, a news story disappears after a day or two. Don’t tell me it has remained in news only because the matter itself is so grave.

For if it was, and “freedom of expression” has got their ante up, recall Kerala, Bengal and Maharashtra etc. In Kerala, 149 cases were filed on objectionable remarks on Social Media in one go. We know of what happened, for instance, to Priyanka Sharma in Mamata’s Bengal or an ex-naval officer in Thackeray’s Maharashtra for their “freedom of expression.” So Misters and Missus, save your breath.

Now let’s look at the 50WordEdit of Shekhar Gupta.

Our #50WordEdit on arrests for posters critical of Govt.. pic.twitter.com/fN9xAwhkrP

“Delhi Police arresting 25 people for putting up posters questioning PM Modi’s handling of the pandemic is vindictive intimidation. Last heard, India was a democracy and criticising the prime minister, even in public, was not a crime. Such vengeful politics during a national tragedy belongs to China or Korea.”

This brings us to the Rule Two of Propaganda:

Bernays believed that masses are irrational and subject to herd instincts. If the propaganda is sustained, they would believe your lie. All you have to do is the create the “hate-porn” against your target.

We know for good that Modi is the target of these propagandists. Its been over a month now. They would ignore Maharashtra—40% of all deaths belong to the state—; they would pay no heed to no-oxygen, no-ventilator, no-hospital of Kejriwal, and they would ignore the incessant warnings, no less emergency teams, Modi’s Centre kept sending to the States in pre-2ndWave days. They would ignore that Health is a State subject. The thumb-rule is: you keep firing at your target till he is riddled at every single pore. Central Vista, Ventilators, Vaccines, Oxygen etc: Just keep them coming boys.

Another golden rule which Bernays was so found of propounding was “democracy.” The democracy is murdered if people are intimidated, state force is used, the very ethos on which the State has founded, the ideal which its citizen cherish, is now in existential threat.

So here it is:

If you didn’t know Gupta was a journalist, you would mistake him for a snake-oil salesman. If India wasn’t a democracy he would have been, by now, escorted to the nearest police station for ignoring the official word that these arrests were only for “violating” the lockdown norms.  Indeed the “national tragedy” he mourns about, should have straightaway led him to the door of Arvind Kejriwal with the questions: So AAP owns up plastering the Capital with posters. Why shouldn’t it be seen as you shifting your noose on Modi’s neck? When the Capital is on fire, you are busy printing and plastering posters, instead of arranging for beds, oxygen and ventilators?

You can choose your adjectives. “vultures” or “death merchants” or anything. But they don’t have good of you or me in mind. All these crocodile tears on “democracy” and “national tragedy” is only meant to bring Modi down. They are relying on our “herd instincts” to bring about a “manufactured consent.”They are weaving threads which barely exist into a thick carpet.